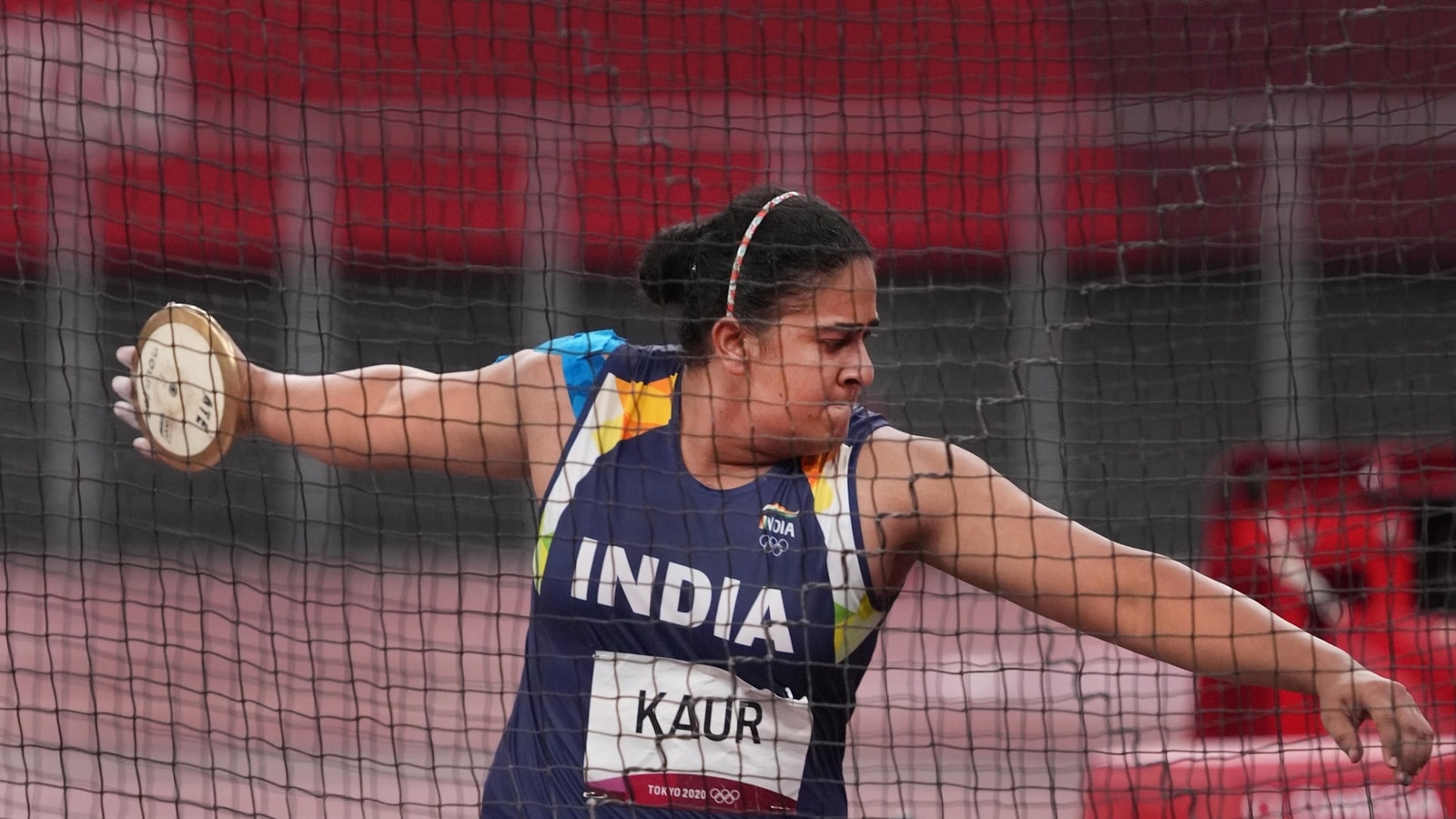 New Delhi India’s top woman discus thrower Kamalpreet Kaur, who finished sixth at the Tokyo Olympics in August 2021, has tested positive for a prohibited substance in a test conducted by the Athletics Integrity Unit (AIU), the body announced on Wednesday. Kaur, 26, has been handed a provisional suspension after testing positive for the banned anabolic steroid Stanozolol, AIU said on its website. AIU is an independent body of World Athletics that deals with integrity issues.

The athlete from Punjab will remain suspended while seeking the testing of her B sample and a further hearing. Kaur can also accept the initial finding from the A sample testing and waive the second test and related proceedings. If found guilty, she faces a ban of up to four years. Kaur is in the World Athletics Registered Testing Pool (RTP) programme for 2022.

The AIU announcement comes following days of intense speculation that the thrower has failed a dope test. She had denied the initial reports and the Athletics Federation of India (AFI) had not commented on the issue.

Kaur’s doping case is one of the biggest in Indian athletics and could not have come at a worse time. There is less than three months to go for the world athletics championships in Eugene, Oregon and the big year of competitions includes the Commonwealth Games and the Asian Games.

AIU posted Kamalpreet’s case on its website and tweeted: “The AIU has provisionally suspended discus thrower Kamalpreet Kaur of India for the presence/use of a prohibited substance (Stanozolol), a breach of the @World Athletics anti-doping rules.” AIU website mentions the date as March 29.

Stanozolol is a synthetic steroid derived from testosterone and has anabolic and androgenic properties. The drug gained notoriety at the 1988 Seoul Olympics after Canadian sprinter Ben Johnson tested positive and was stripped of his 100m gold.

A provisional suspension is mandatory under the World Athletics Anti-Doping Rules “following an adverse analytical finding for any non-specified substance on the prohibited list.”

Kaur participated in only one competition this year, the Indian Grand Prix in Thiruvananthapuram on March 23, where she threw 61.39m. Her national record of 66.59m was achieved last year. Kaur skipped the Federation Cup in Kozhikode last month citing a knee injury and was kept out of the ongoing national camp.

An AFI source said on Wednesday that Kaur had failed an out-of-competition test conducted in March end.

Indian discus throwers have been under the scanner for years. Seema Antil-Punia had failed a dope test after winning the junior world gold.

Chief national athletics coach, Radhakrishnan Nair, was surprised by Kaur’s positive test. “I am shocked and disappointed. This is sad news,” he said. “We expected great things from her. We were expecting her to win gold at the CWG and Asian Games and make a mark at the worlds. She opted out of the national camp. She told us there was some issue with her knee and she wanted to get a surgery done. We (AFI) didn’t want to block a spot for another athlete, so we granted her permission to skip the camp.”

Kaur was hailed as a great talent after the athlete from a rural background rapidly came up in the last two seasons. She rose in standing last year after becoming the first Indian women discus thrower to cross 65m. She broke her national record twice last year and qualified for the Olympics. In Tokyo, she threw 64m in qualification, finishing second, and threw 63.70m in the final to finish sixth. She had erased the national record in March last year in a domestic meet in Patiala, throwing 65.06m, improving it to 66.59m in June.