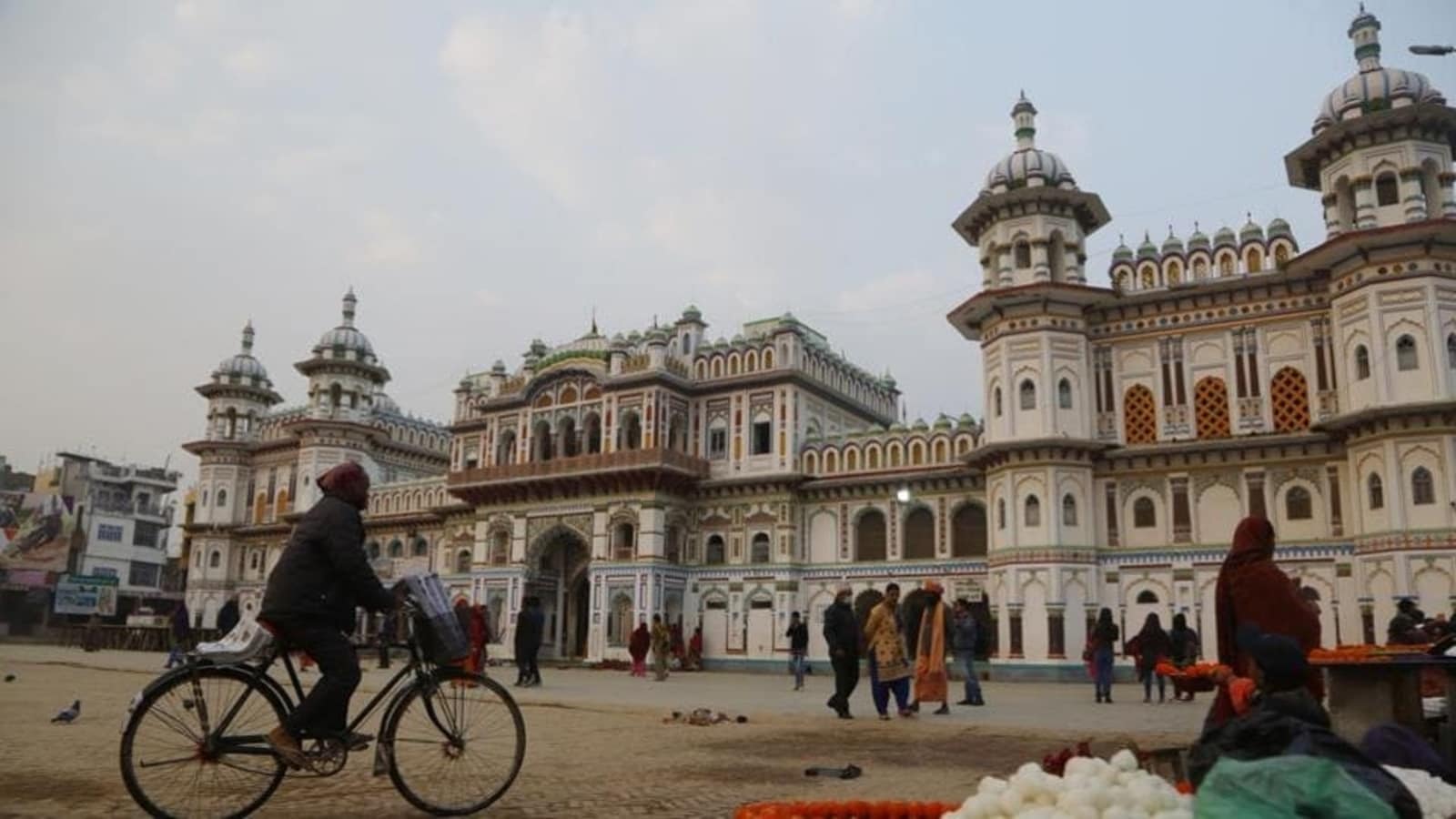 IRCTC will run its first Bharat Gaurav Tourist train on June 21, which would include a stop at Nepal’s Janakpur, the Railways’ catering and ticketing arm said on Wednesday.

This train will run on the Ramayana Circuit identified under Swadesh Darshan scheme covering prominent places associated with life of Lord Shri Rama, including the Ram Janaki temple in Janakpur located in Nepal.

After Ayodhya, the next destination is Buxar in Bihar where the tourists will be shown the hermitage of Maharishi Vishwamitra and the Ramrekha Ghat where the guests can take a holy dip in the Ganga. From here the train moves to Sitamarhi for the visit of Sita’s birth place and proceed by road to Janakpur (Nepal).

Tourists will stay overnight at hotels in Janakpur and visit famous Ram-Janaki Temple there.

After Sitamarhi, train proceeds to the oldest living city of the world, Varanasi. While at Kashi, tourists will walk around the temples at Varanasi, ‘Sita Samahit Sthal’, Prayag., Shringverpur and Chitrakoot will be covered by road. Night stay at hotels will be provided at Varanasi, Prayag and Chitrakoot.

The train is fitted with a well equipped pantry car for rustling up freshly made vegetarian meal for the tourists. Infotainment system, CCTV camera, security guard services shall also be available on board.

The train journey on the next leg moves to Nasik for overnight stay at hotels. Visit of Trayambakeshwar temple and Panchvati will be covered.

After Nasik, the next destination is the ancient city of Krishkindha, Hampi, with overnight stay at hotels. Here the guests will visit the temple believed to be the birth place of Shri Hanuman atop the Anjaneyadri Hills and other heritage and religious sites. Rameshwaram is the next destination of this train tour wherein Ramanathaswamy temple and Dhanushkodi will be covered along with overnight stay at hotels.

The train’s next destination is Kanchipuram where Shiv Kanchi, Vishnu Kanchi and Kamakhshi temples are on the day’s excursion. From here,the last destination that the train touches in this tour is Bhadrachalam in Telengana state which is also widely referred to as the Ayodhya of the south.

After this, the train will return to Delhi on the 18th day of its journey covering roughly a distance of around 8000 Kms in this entire Ramayana tour.

“From clean toilets to enhanced security features of CCTV Cameras and security Guards for each coach have also been provided for the tourists. Bharat Gaurav Tourist Train launch is in line with the Government of India initiative “Dekho Apna Desh” to promote domestic tourism,” IRCTC said.

At a price range starting from ₹62,370/- per person, the IRCTC tourist train will be a 18 days all inclusive tour package. IRCTC also offers 10% discount for early 100 bookings as special promotions.