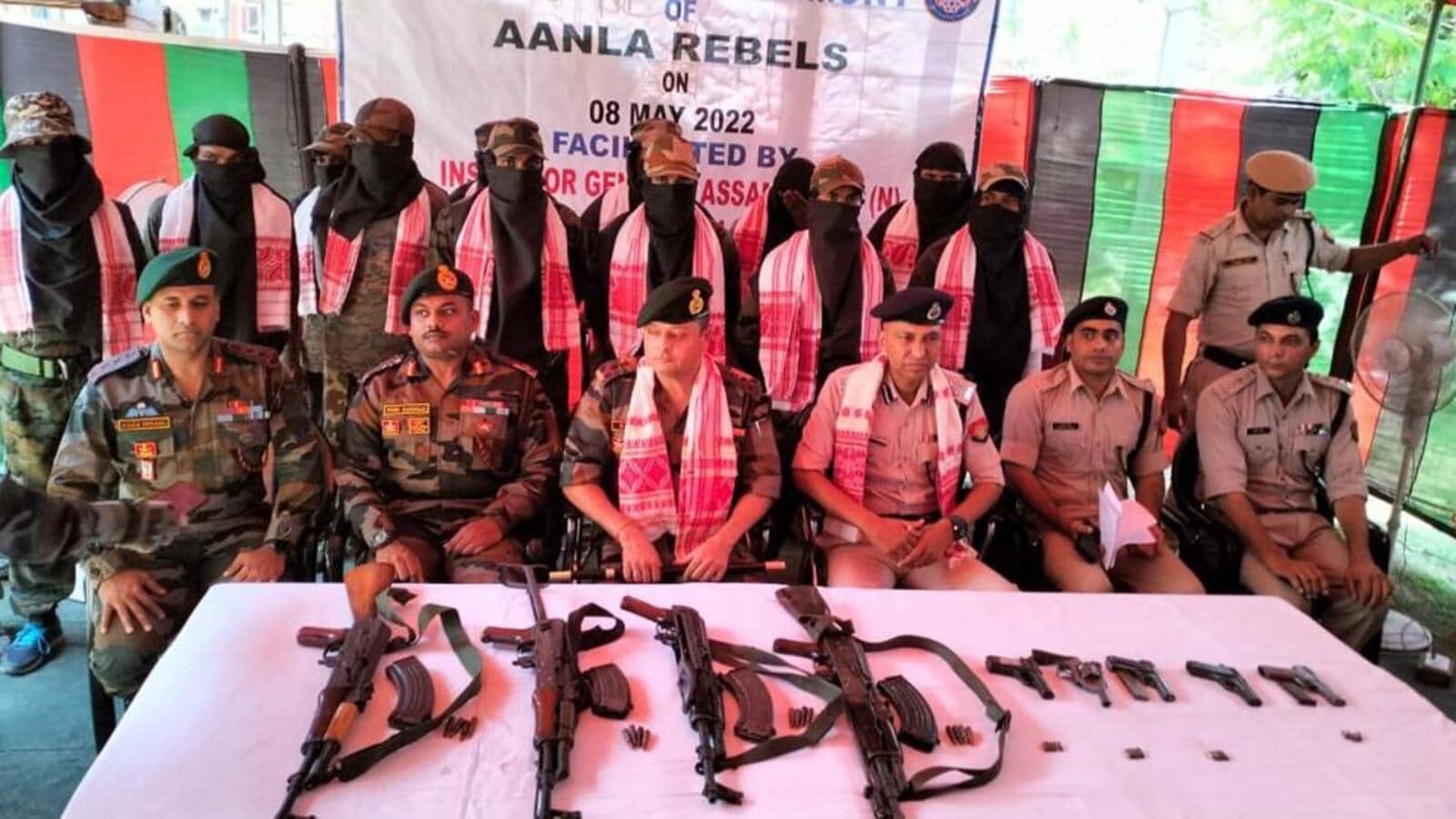 Assam’s special director general (Law and Order), Gyanendra Pratap Singh, said the 13 cadres surrendered with their weapons at Bokajan in Karbi Anglong at an event attended by senior officials of Assam Police, Assam Rifles and the 20th battalion of Central Reserve Police Force (CRPF) on Sunday.

Among the weapons surrendered by the AANLA cadre were four AK series rifles, four pistols, one revolver and several rounds of ammunition, according to the police.

GP Singh later tweeted that the AANLA cadres were “moved by call of peace” by the chief minister.

In a statement after the arms laying ceremony, Assam Rifles said, “6 Sector Assam Rifles under the aegis of Spear Corps in conjunction with Assam Police, successfully persuaded the homecoming of 13 active cadres of the AANLA. The cadres surrendered four AK series Rifles, five pistols and assorted live ammunition.”.

“With an aim to promote peace and harmony in the region, we welcome the youth, who chose the wrong path, to join back into the mainstream. We compliment their decision and wish they live a happy and peaceful life,” Assam Rifles said.

AANLA, which has an estimated cadre strength of 100, is currently in peace talks with the government.

The outfit, which started its operations in Assam in 2006, claimed to be fighting to safeguard the tribal culture of the plantation workers whose ancestors were brought from northern India by British colonialists. according to security forces, they are active in Golaghat, Karbi Anglong and Kokrajhar districts of Assam along with Dimapur area in Nagaland.