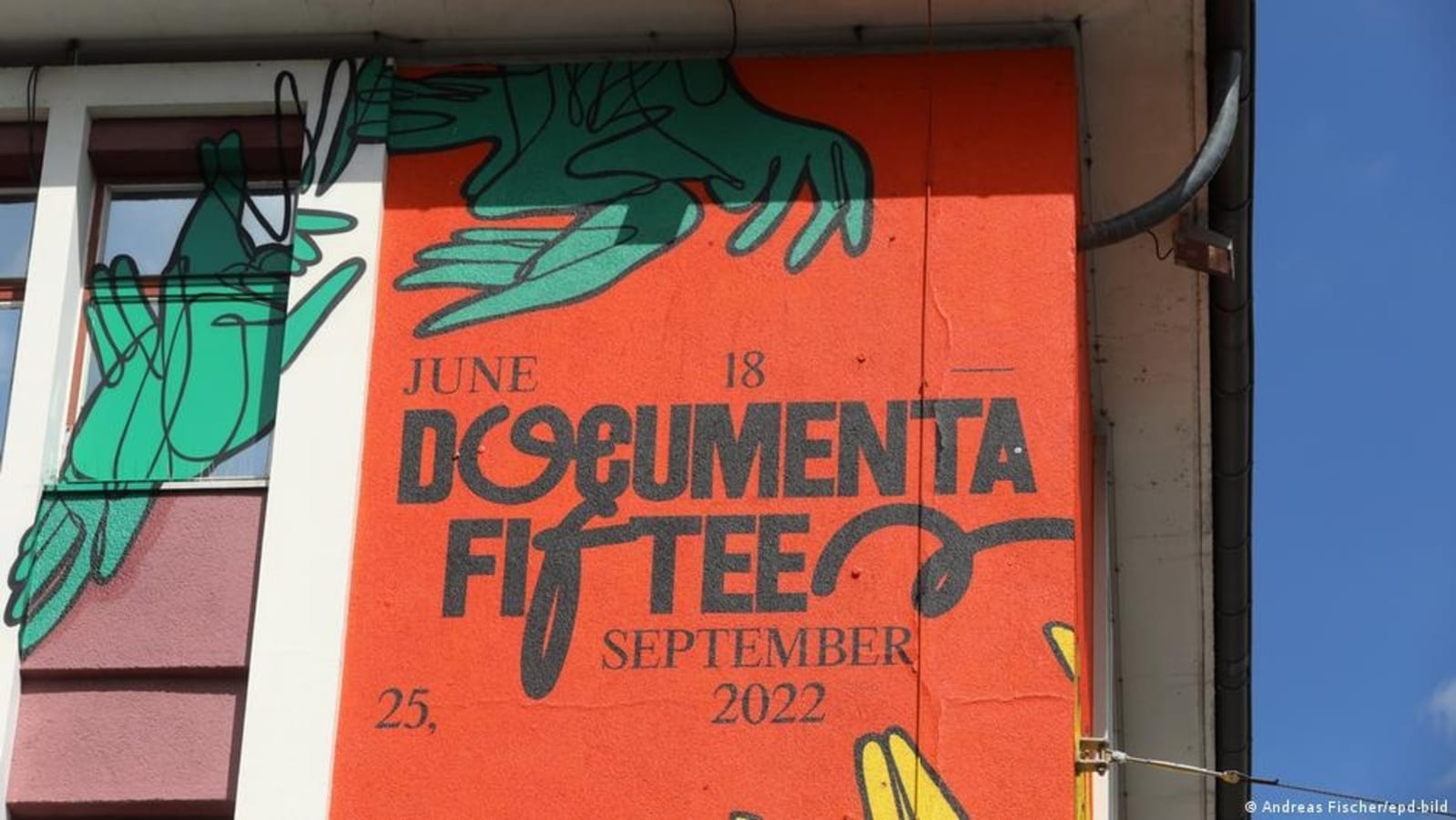 The 2022 documenta art exhibition will take place from June 18 to September 25 in the central German city of Kassel, bringing in artists from around the world who address today’s global challenges in their work — from climate change and digitization to social upheaval and political radicalization. Yet for months, the exhibition, which happens only once every five years, has been surrounded by controversy.

The first accusation was made in January: In an anonymous blog post, a alliance against antisemitism criticized Ruangrupa, the Indonesian curatorial team behind the 15th edition of documenta.

The writers of the post claimed a Palestinian artist collective involved in the exhibition was antisemitic, because the artists supported the cultural boycott of Israel. Ruangrupa, documenta and Museum Fridericianum gGmbH, the nonprofit which supports the show, have rejected the accusations.

The documenta supervisory board, and even Claudia Roth of the Green Party, Germany’s state minister for culture and media, also backed the documenta team.

Ruangrupa released a statement in which they rejected encroachments on artistic freedom, yet spoke out in favor of political neutrality and declared their willingness to engage in dialogue.

A forum was scheduled in May to discuss the “fundamental right of artistic freedom in the face of antisemitism, racism and Islamophobia” and three online discussions were planned for May 8, 15 and 22, under the title “We need to talk!”

Yet in a surprising twist, the events were canceled just days before they were to take place.

“Documenta has decided, in consultation with various participants, to suspend the series of events planned for May 8, 15 and 22, 2022, ‘We need to talk! Art – Freedom – Solidarity,'” the event’s organizers announced in a statement on the show’s website on May 4.

Documenta will “open the exhibition and first let it speak for itself, as a basis for continuing the discussion in a productive manner,” said organizers.

“At this moment, documenta’s intended goal for the series of talks — to open a multi-perspective dialogue beyond institutional frameworks in the run-up to documenta 15 — is unfortunately not realizable.”

Nevertheless, wrote the organization, it is very important “that this thread of conversation not be cut off.”

The group wrote that documenta aims to “build on the existing approach to the discussion” during the months the show will run in Kassel. It seems that the organizers are responding to concerns that were once again brought up in the public sphere in recent days.

Not everyone happy with discussions

The choice of guests invited to take part in the discussions triggered controversy, as suggested by a letter from the president of the Central Council of Jews in Germany, Josef Schuster, to Roth.

Schuster did not make his letter public, and DW’s inquiries to see it went unanswered. But German news agency dpa reported key passages. According to Schuster, the only way to combat antisemitism is “clear avowals and resolute political action at every level of politics, art, culture and society.”

It remains unclear whether or not a representative for the Central Council of Jews wanted to sit at the discussion table, or whether Schuster disagreed with the selection of experts.

One of the discussions, for example, addressed, according to the documenta announcement, differences in the “German and international understanding of antisemitism and racism,” while another dealt with “the phenomenon of anti-Muslim and anti-Palestinian racism.” Those involved in the events came from a variety of fields.

The Berlin Islam scholar Schirin Amir-Moazami was to take part, as was the Israeli author Omri Boehm and the antisemitism researcher Marina Chernivsky, who is also an adviser to the federal government’s commissioner for Jewish life in Germany.

The culture minister for the state of Hesse, Angela Dorn, who is also deputy chair of the documenta supervisory board, had initially welcomed the expert panel, thanks to its “voices from different fields such as Holocaust and antisemitism research, colonialism and racism research, land rights studies, Indigenous studies, law, media, and art and culture.” Negotiating the topic of artistic freedom in this case, she said, is good. The importance and defense of Israel’s right to exist, Dorn said, is inextricably linked to Germany’s historical responsibility.