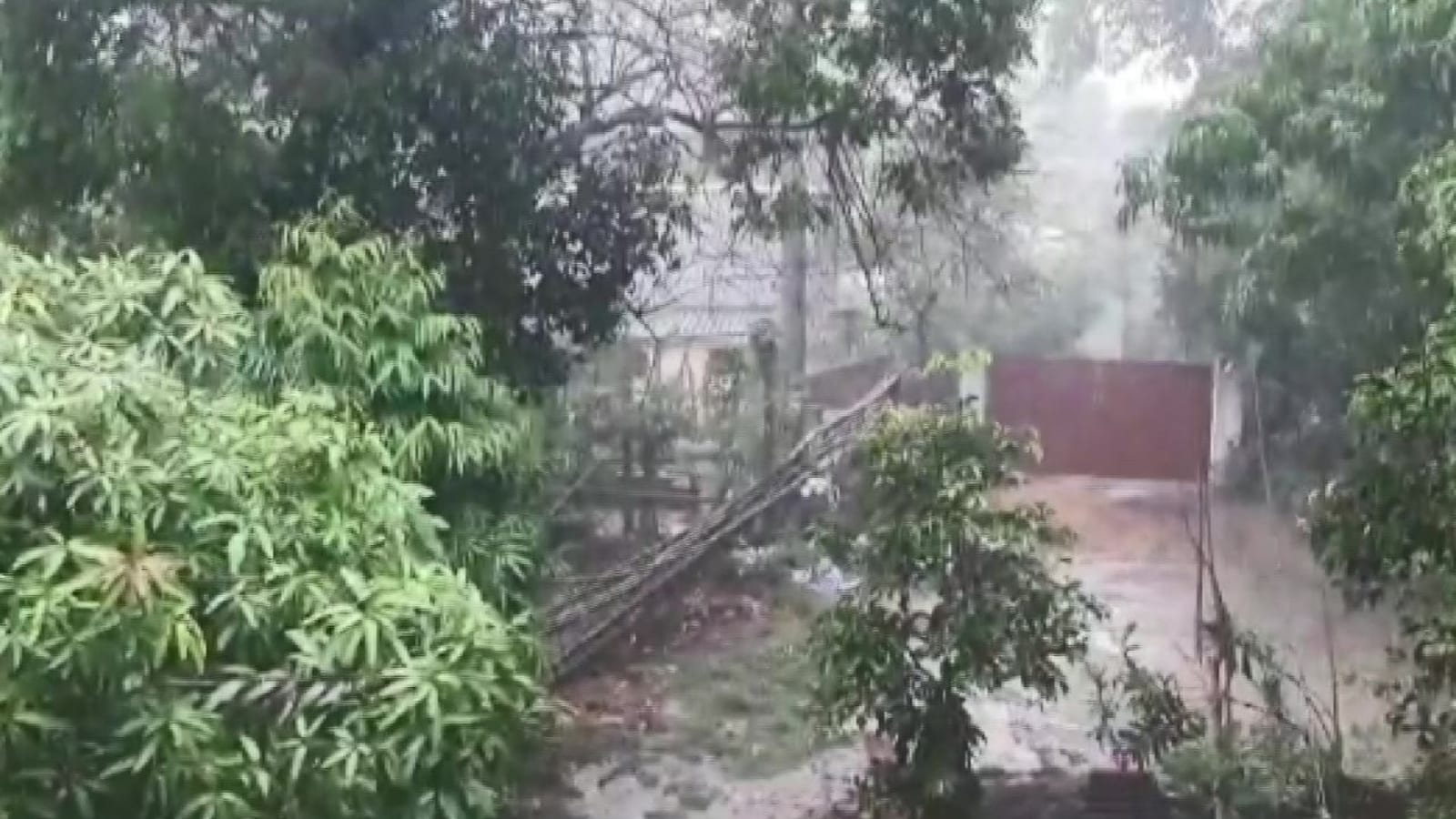 A team of 37 members of the Odisha Disaster Rapid Action Force (ODRAF) has arrived in Bhadrak city of the eastern state where heavy rainfall has started due to the effects of cyclone Asani, news agency ANI reported on Monday. The team leader of ODRAF, Bibekananda Das, said the team has arrived to rescue people if an adverse situation arises.

Odisha | It has started raining in Bhadrak due to the effects of the cyclonic storm ‘ASANI’. A 37- member team of ODRAF (Odisha Disaster Rapid Action Force) has arrived in the city to rescue people if an adverse situation arises: Bibekananda Das, Team Leader, ODRAF pic.twitter.com/6AXVPreM0C

He added that district collectors and municipal commissioners have been asked to make a decision on evacuation, as and when required.

“As it will recurve and move parallel to the Odisha coast from Puri (onwards), the system will weaken into a deep depression on May 12. However, May 11 will remain crucial in terms of moderate to heavy rainfall and high-speed winds ranging between 50 to 60 kmph, in coastal and adjoining districts. Gajapati, Ganjam, Puri, Khurda, Cuttack, and Jagatsinghpur districts will witness rainfall between May 10 and 12. However, we do not think there is any danger of flooding,” Jena told Hindustan Times.

Meanwhile, all fishermen of the eastern state have returned to land, and boat movement in Chilika lake has been halted till cyclone Asani passes.

The India Meteorological Department (IMD) in its latest update on Twitter said that the severe cyclonic storm Asani lay about 390km southeast of Kakinada, Andhra Pradesh at 5.30pm Monday, and is “likely to weaken gradually into a cyclonic storm during next 24 hours”.

SCS Asani over westcentral and adjoining southwest Bay of Bengal near latitude 14.6°N and longitude 85.0°E lay centered at 1730 hours IST of today, the 09th May, 390 km southeast of Kakinada. It is likely to weaken gradually into a Cyclonic Storm during next 24 hours. pic.twitter.com/kTUBg6653Y

However, the Met department has forecast that cyclone Asani is unlikely to make a landfall over the coasts of Andhra Pradesh and Odisha.

Just as rainfall has already begun in Odisha owing to the effects of cyclone Asani, moderate to heavy rain lashed several parts of north coastal Andhra Pradesh on Monday. Downpours were reported in Vizianagaram, east Godavari, west Godavari and Eluru districts. There were also reports of trees and electric poles being uprooted in Narasapuram, Pedavegi, Mudinepalli, Bhimadole and Bhimavaram areas of west Godavari district.

In Bengal, the Met department has issued a heavy rainfall alert in Howrah, Purba Medinipur, North and South 24 Parganas and Nadia districts, located in the Gangetic region of the eastern state, between May 10 and 12.