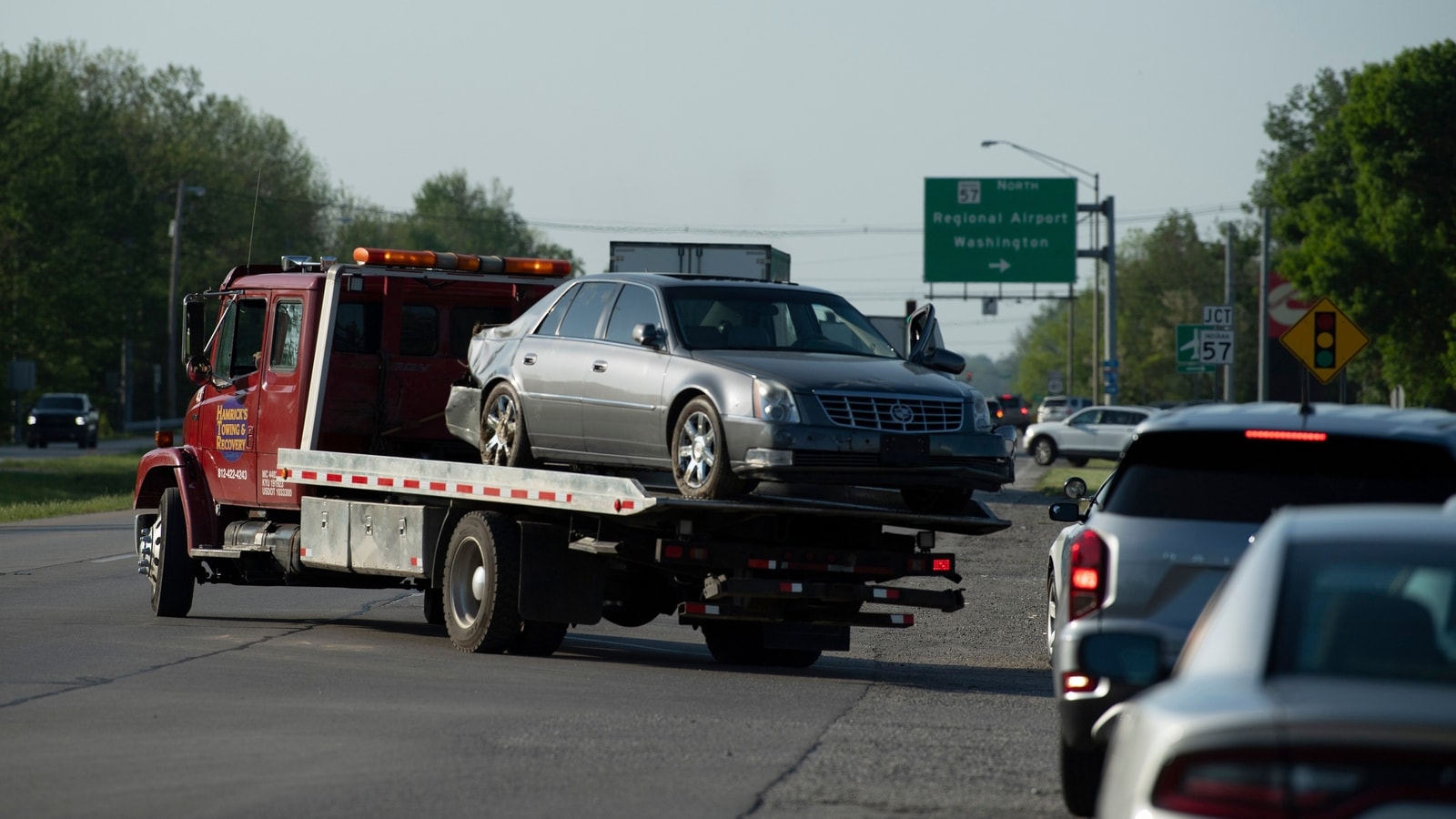 A bizarre drama that riveted America ended in tragedy Monday as a female prison guard arrested with a fugitive ex-con she allegedly helped to escape died after shooting herself as police moved in to nab them in the climax of a 10-day manhunt.

Vicky White and Casey White, who were not related, were arrested in Evansville, Indiana after crashing their car into a ditch as police acting on a tip were in hot pursuit, officials said.

White the prisoner, 38, sustained minor injuries in the arrest. “We got a dangerous man off the street today. He is never going to see the light of day again,” said Rick Singleton, the sheriff of Lauderdale County in Alabama, the scene of the original jailbreak.

White has had numerous run-ins with the law, and has been sentenced to 75 years imprisonment for kidnapping, burglary and attempted murder, among other crimes.

No shots were fired by law enforcement officers, and no police or bystanders were hurt.

The arrest was made thanks to a tip after the couple were spotted at a hotel, Singleton said. “It ended the way we knew it would.”

Chris Swecker, a former FBI assistant director, told CNN this was a case of someone “looking for love in the wrong places”.

“You have this guard falling in love with a prisoner who probably groomed her over a period of time,” said Swecker, “to collude with her on this escape”.

Vicky White, an Alabama prison guard with a spotless record, was suspected of helping long-time criminal White escape custody April 29 on her last day of work before retirement.

Investigators also learned that White had sold her home in the weeks before the escape, and had withdrawn about $90,000 in cash from several banks in the area, Singleton said last week.

The case captivated America, triggering media coverage of every twist in the manhunt.

Singleton said last week that Vicky White had used an alias to purchase a sport utility vehicle used as the getaway car, and was likely to try to do that again.

On her last day at work, Vicky White fabricated a court-ordered psychological evaluation for Casey White. She said she needed to drive him to the appointment. But the two never returned, and authorities realised they had disappeared that afternoon.

Vicky White’s mother Pat Davis said she was in disbelief over that escape. “I thought at first it was a mistake,” she told a local TV channel. “She’s never done anything, I bet she’s never even had a speeding ticket.”

Former FBI deputy director Andrew McCabe told CNN a jailbreak like this in our times is a tough mission.