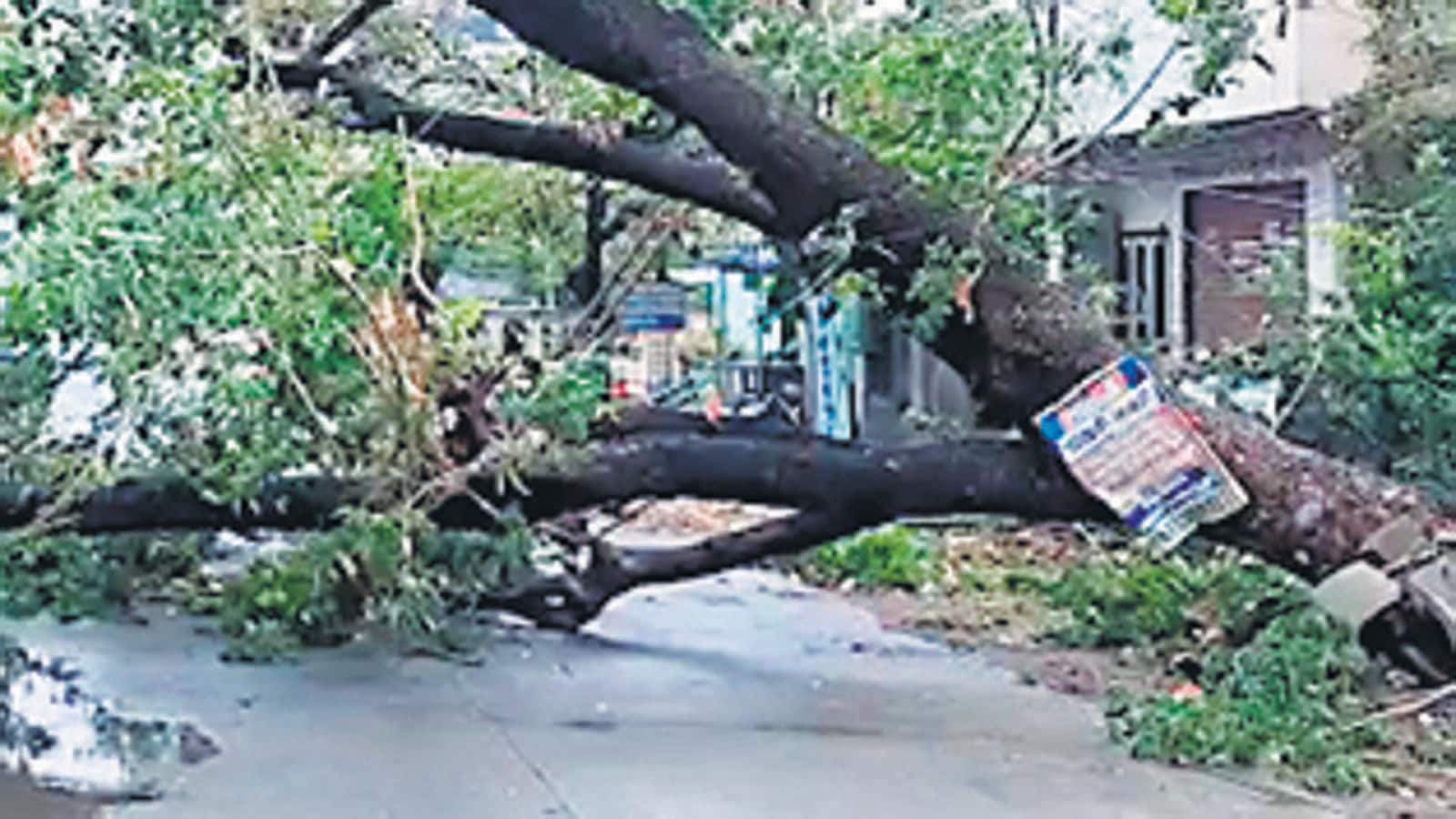 The weather system is likely to further lose steam and turn into a depression by Thursday morning, it said.

“It is very likely to move nearly northwards for next few hour and recurve slowly north-northeastwards along Narsapur, Yanam, Kakinada, Tuni and Visakhapatnam coasts during noon to evening on Wednesday, and emerge into west central Bay of Bengal off North Andhra Pradesh coasts by night,” the IMD said in a bulletin.

In the wake of possible heavy rainfall, the Andhra Pradesh government sounded a high alert in all the coastal districts, while the Odisha government did the same in five southern districts — Malkangiri, Koraput, Rayagada, Ganjam and Gajapati.

A bulletin from Cyclone Warning Centre in Visakhapatnam said the cyclonic storm lay centred about 30 km east-southeast of Machilipatnam in Krishna district, 50 km southwest of Narasapur district and 120 km of southwest of Kakinada by Wednesday afternoon.

“It is moving along Narsapur, Yanam, Kakinada, Tuni and Visakhapatnam coasts and is likely to weaken into a deep depression by Wednesday night and further into a depression by Thursday morning,” the bulletin said.

The CWC issued a red alert, warning of heavy rains in isolated places in Krishna, East Godavari, Yanam, West Godavari and Visakhapatnam districts. Heavy to very heavy rains are likely to occur in a few places over Guntur, Srikakulam, Vizianagaram and Prakasam districts, while heavy rainfall may occur in some places in Nellore and Kadapa districts in the next 24 hours, the bulletin said.

A mysterious gold-coloured chariot, suspected from Thailand or Myanmar, washed ashore at Sunnapalli village in Srikakulam district on Wednesday morning, apparently due to high tides in the sea.

Local residents who saw the chariot, which resembled a Buddhist monastery, dragged it out of the water with the help of ropes.

A marine police official of Naupada told local reporters that the intelligence department of the state police was informed of the incident. “It might have come from another country. It has some graffiti in foreign languages. We have informed the superiors,” he said.

Andhra Pradesh chief minister YS Jagan Mohan Reddy, who reviewed the cyclone situation at a meeting, directed the collectors of Bapatla, Krishna, West Godavari, Konaseema, Kakinada, Visakhapatnam and Anakapalli districts to be on high alert. He also directed officials to be more vigilant in coastal areas and low lying areas.

Several flights to and from Visakhapatnam and Vijayawada were cancelled for the second consecutive day on Wednesday. While IndiGo cancelled all of its 22 services, AirAsia and Air India also cancelled their flights to these two airports.

The National Disaster Response Force (NDRF) has earmarked a total of 50 teams for undertaking rescue and relief operations in areas affected by Asani, the federal agency said.

Of the 50 teams, 22 have been deployed on the ground in West Bengal, Odisha and Andhra Pradesh while the remaining 28 have been asked to be on alert within these states, an NDRF spokesperson said.

Meanwhile, the weather office in Kolkata said the system is likely to cause light to moderate rain in the districts of Gangetic West Bengal.

“Heavy rainfall is likely at one or two places over Purba and Paschim Medinipur, North and South 24 Parganas and Nadia districts of Gangetic West Bengal till Thursday morning,” it said.

(With inputs from Srinivasa Rao Apparasu in Hyderabad and agency)