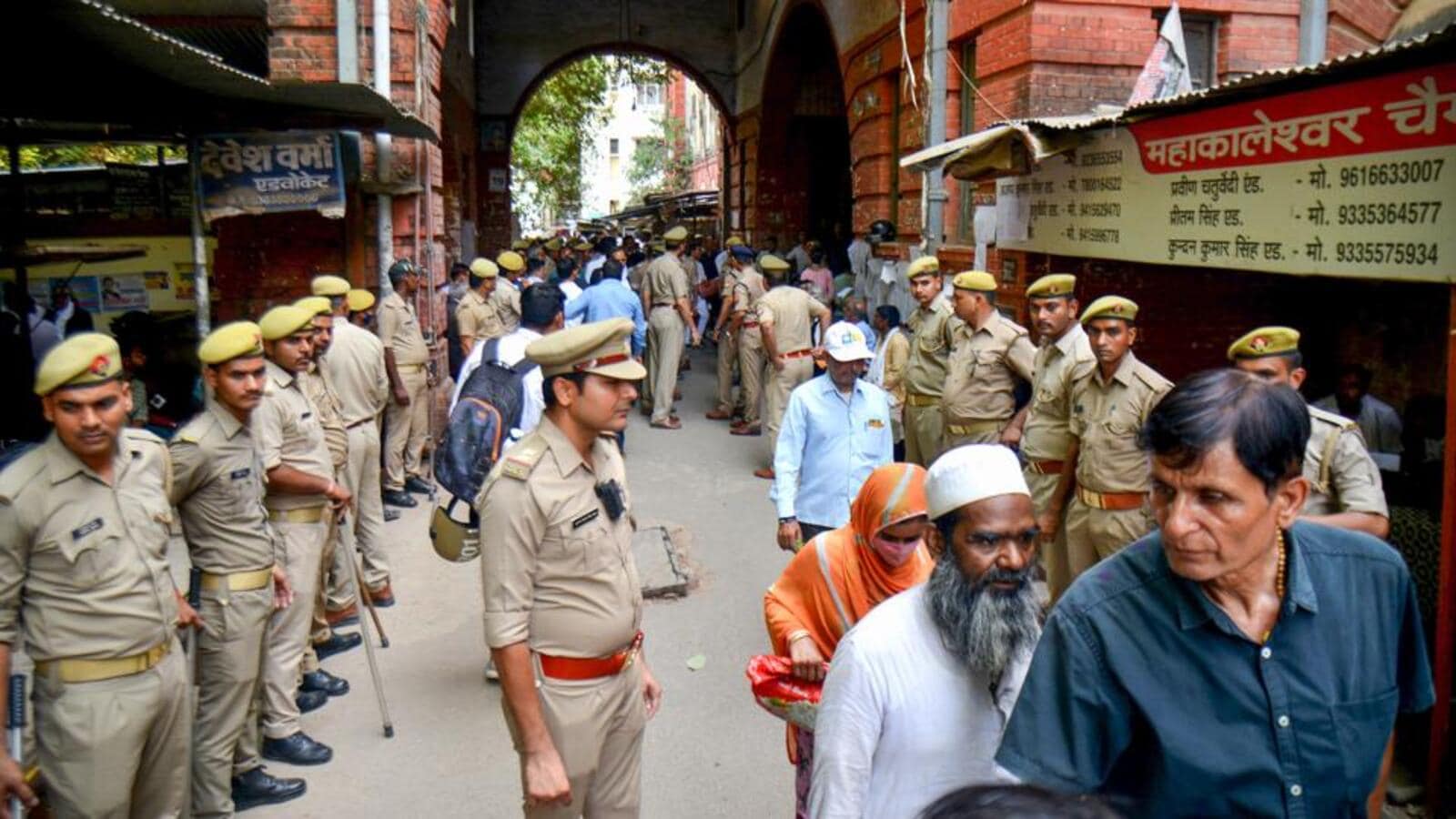 VARANASI: A local court in Varanasi is likely to deliver its verdict on Thursday in a petition seeking the removal of court-appointed advocate commissioner tasked to conduct the video survey of the Maa Shringar Gauri Sthal in the Kashi Vishwanath-Gyanvapi complex.

The court of civil judge (senior division) Ravi Kumar Diwakar on Wednesday concluded the hearing in petitions pertaining to opening of the two basements located inside the barricading in the Gyanvapi premises for videography and replacement of advocate commissioner Ajai Kumar, said advocate Abhay Nath Yadav, one of the lawyers representing the Gyanvapi mosque management committee (Anjuman Intezamiya Masjid Committee).

On May 7, the mosque committee filed the petition for removal of the advocate commissioner alleging him of being “biased” towards Hindu petitioners.

“Maa Shringar Gauri Sthal and Gyanvapi mosque are separate and in such a situation, there is no justification for videography inside the mosque,” Yadav argued.

“The court has reserved its order till 12 o’clock tomorrow (Thursday). It is expected that tomorrow… the court will give a verdict on whether the commissioner will be changed or not,” Gaur said.

The videography and survey of the Gyanvapi Complex was ordered by Judge Diwakar on a petition filed on August 18 last year by the by the five women plaintiffs seeking the permission to perform daily worship of deities Shringar Gauri, Lord Ganesha, Lord Hanuman and Nandi whose idols are on the outer wall of the Gyanvapi mosque.

The counsel for the mosque management committee had earlier contended that the court had not given any order to do the videography inside the mosque but to do it only till the ‘chabutra’ (courtyard) outside the barricades enclosing the mosque premises.

Advocates of the plaintiffs also alleged that the mosque committee was obstructing the work of conducting the survey.

On May 6, survey of Maa Shringar Gauri Sthal in Kashi Vishwanath-Gyanvapi complex had begun in the presence of all parties amid tight security. A day later, advocate commissioner Ajai Kumar, with his team arrived for the survey and videography in the Gyanvapi premises, but the survey could not start as the advocates of the mosque management committee, who arrived about an hour after the survey team, opposed it. They filed the petition against the survey.

On April 26, judge Diwakar ordered videography of the Maa Shringar Gauri Sthal by the advocate commissioner and asked him to present a detailed report on May 10. But the report could not be presented as the survey hit a hurdle on May 9.

On April 8, the court appointed Ajai Kumar as the advocate commissioner in the case, titled Rakhi Singh and others versus UP state and Anjuman Intezamia Masjid Committee.