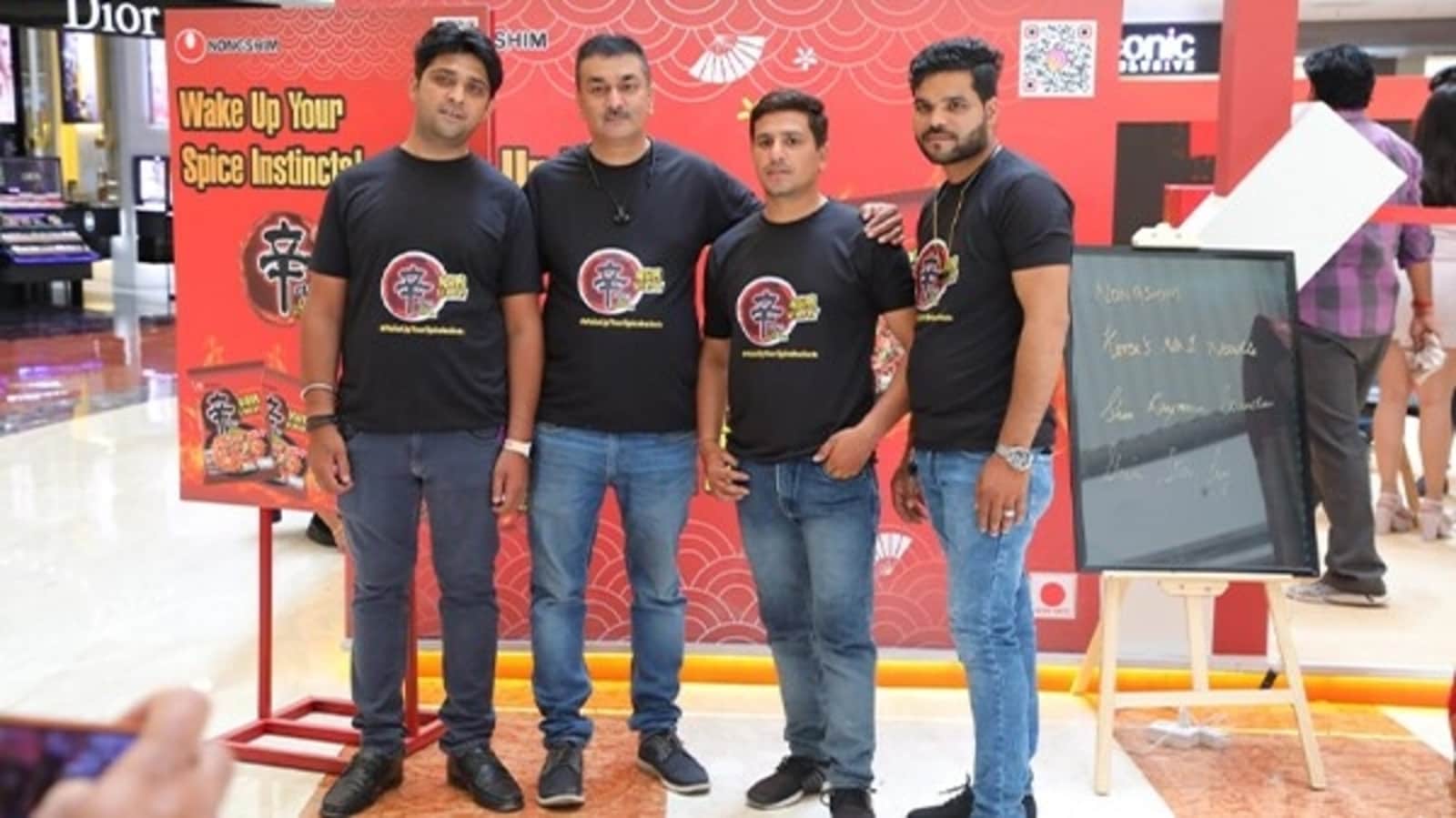 Nongshim has launched Korea’s No.1 noodle brand Shin Ramyun Stir Fry Noodles in India which is providing Indians another healthy alternative to noodle. Right from the launch event testers have given tremendous response to the launch event.

Korean No-1 Noodle brand Shin Ramyun has launched Shin stir fry which is winning heart of Indians within few days of its launch in the country which is famous for various cuisines of food.

The launch event of this noodle has been kept in the select city mall in Delhi. In this mega launch event all the people of almost all age groups are enjoying various activities and taste of newly launched Noodle.

Along with various games this event is becoming more special with the presence of Photo booth which is giving picture of audience with the shin stir fry noodle. Also this event has sketch artist who is drawing beautiful sketches of people who are participating in the launch event of fish product by Nongshim.

Nongshim has done setup of tremendous events and games along with setting up testing booths which includes games like Take a chance spin the wheel, Squid game, Ddakji, Candy Game and many other interesting challenges.

Along with this Nongshim has kept tremendous food games too which are not only entertaining people but are also giving them lifelong experience with taste of Korea’s no 1 noodle.

Food game includes chop stick challenge and they have also kept fastest eating challenge too. Also winners are getting hampers from Nongshim.

A large themed and branded stall has been set up in the center of the mall for the launch of this noodle. There are also fun and engaging games and activities on hand for the people to enjoy.  Sampling and testing booths have also been set up for the newly launched product. This program has been organized from 6th June to 12th June at Select City Saket, Delhi from 12:00 noon.  Many people participated in the launch event in this program.  On the very first day, more than one and a half thousand people met in this launch event and tasted Korea’s number one noodle. Till now this event has received amazing response from the audience and is constantly attracting more people in this activities.

Nongshim is also giving goodies, hampers, noodles and many other things to those who are participating in any of the events.

People are appreciating this event with their whole heart. Not only this, but they are also participating fiercely in many games played in this launch event and also winning various prizes. Nongshim also left no stone unturned to reward people for eating noodles.

Nongshim also gave away many prizes to winners of a variety of games, ranging from packets of noodles to pens, cups and T-shirts.

And similarly this journey from entertainment to taste is still going on in Select City Saket, Delhi.  If you also want to take a chance to taste Korea’s No-1 Noodle along with entertaining yourself with unique and  fun activities and win exciting prizes.. then you must also visit this place.

Disclaimer: This article is a paid publication and does not have journalistic/editorial involvement of Hindustan Times. Hindustan Times does not endorse/subscribe to the content(s) of the article/advertisement and/or view(s) expressed herein. Hindustan Times shall not in any manner, be responsible and/or liable in any manner whatsoever for all that is stated in the article and/or also with regard to the view(s), opinion(s), announcement(s), declaration(s), affirmation(s) etc., stated/featured in the same.

Hindustan Times’ Business and Entrepreneur Felicitation Ceremony: A toast to the best in business

SAVE LIMB SAVE LIFE