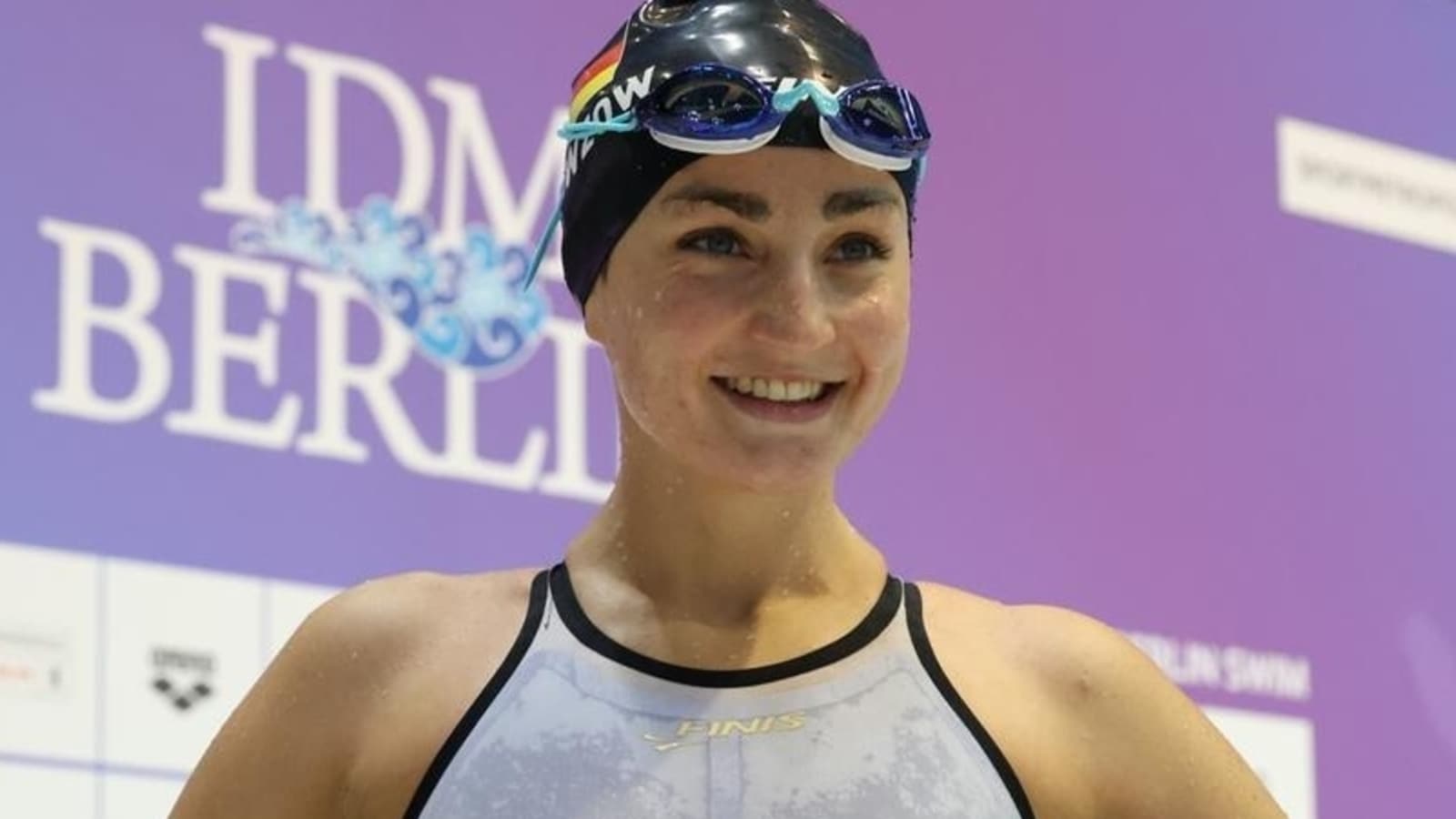 It was the final turning point for Elena Kravtsov, as she was then known, in the final race of the 100-meter breaststroke at the Paralympics in Tokyo in 2020. The almost completely blind swimmer was about a second behind Britain’s Rebecca Redfern. It was a nail-biter. Kravtsov fought to gain on her competitor, but only in the last few meters did the 27-year-old overtake her and reach the edge of the pool first. With a lead of 0.64 seconds, she won gold. (Also read: National Cancer Survivors Day: Tips for cancer survivors to stay healthy post treatment)

Kravstov, who was born in Kazakhstan, had claimed silver over the same distance at London 2012, but this was her first gold medal win at the Paralympics. “That was the last medal I was missing,” the athlete recalls in an interview with DW. “After ten years of hard work, a real weight fell off my shoulders.”

Previously, Kravtsov had collected titles at European and World Championships, but with gold at the Paralympics, the swimmer had reached the pinnacle of her career.

“Many athletes fall into a hole after such a title. It wasn’t like that for me at all. I had a wonderful time afterwards and really enjoyed it,” she explained. “My headaches, which plagued me, were the only reason I couldn’t enjoy every day.”

‘When will I be able to train again?’

Those headaches led to Kravtsov getting a check-up with her doctors. The day she got the diagnosis, she and her fiance had just picked out wedding rings. Afterwards, she went for an MRI exam.

“After the first diagnosis, it was clear that something was wrong. And then after another examination, I was told that there was a brain tumor in my head. That was a blow, of course,” she says.

Suddenly, life was different: “There was no longer any joy, happiness or euphoria, just fear and uncertainty. I didn’t know what was coming.” Kravtsov canceled all appointments and made her illness public in late 2021. “I didn’t want to hide it. I didn’t want people to ask me weird questions,” she says. “That helped me a lot. I had a pretty good handle on it, and I think I handled it very well.”

In early November, two days before the surgery, Kravtsov married her fiance, her long-time coach, Philip Semechin, and changed her last name. The wedding and surgery were another turning point in the competitive athlete’s life. After the tumor was removed, she immediately began looking ahead.

Giving up was and is not an option for the now 28-year-old. She wanted to get back into the pool as soon as possible. “After the surgery, I woke up and immediately asked the doctor when I could train again.”

Training and chemotherapy in tandem

Barely one week later, she began rehab and chemotherapy. At first, Semechin only trained outside the pool to allow the scar from the operation to fully heal.

“Competitive sports helped me a lot during this phase because my body is used to extreme stress. I learned early on what it means to push the limits physically and mentally. I benefit a lot from that,” Semechin explains. Her fighting spirit had been awakened.

Together with her trainer-husband, she adjusted her training plans to include more recovery phases, “so that I don’t completely destroy myself and then can’t take the chemo anymore,” she says.

Semechin had to listen to her body more than ever, since the cycles of chemotherapy would run different courses. Sometimes she can exercise more and sometimes less, she explains. “Finding that balance between rest and stress and regulating my athletic ambition down a bit” is the biggest challenge in the current situation, she says.

Just five months after the brain tumor was removed, Semechin was competing at the German Championships in Berlin, having just finished another cycle of chemo. “I was a little scared,” she admitted in an interview with German public broadcaster ZDF. “I was feeling really dirty. I was lying in bed and I was sick to my stomach. I hadn’t eaten anything. But I thought, this is the only competition before the World Championships where you can swim again.”

Semechin made it to the final heat and ended up in last place in the final, but it felt like a victory. “The goal was not to have the lifeguard fish me out of the water,” she said, delighted. “I was totally relieved that I could still swim at all.”

Big goals for the future

In May, Semechin will fly to Turkey for a training camp to prepare for the World Championships in Portugal in June. Chemotherapy treatments will run in tandem with her training, but the 28-year-old is taking on the challenge in impressive style.

At the age of seven, she already had to accept that her life would be different. Back then, she was diagnosed with Stargardt’s disease, the condition that caused her vision to diminish increasingly over time. “A diagnosis like this would perhaps pull the rug out from under many other people, but I saw it as a sign that you have to live in moments,” she says. “I enjoy life now perhaps even more than before the diagnosis.”

‘Maybe there won’t be a later’

Semechin will have to live with cancer because she hasn’t beaten the disease yet. She doesn’t know how long she will live, but that doesn’t matter at the moment.

“I live in the here and now and don’t put anything off. Of course, competitive sport still plays a big role in my life, but if I want to get a diving certificate now, for example, I’ll do it and take my time,” she says. “I’m planning it now, because maybe there won’t be a later.”

Her athletic goals, however, remain unchanged. The World Championships in Portugal will be the first major competition, and she aims to compete at the Paralympics in Paris in 2024 and repeat her success from Tokyo.

But everything depends on the further course of cancer treatments, which are also holding her personal ambitions back. “When I hopefully overcome the disease at some point, I would like to have a child,” she says. “I want to leave someone there in case I do die sooner. I want my family not to be all alone then.”

This article was translated from German

Ayurveda expert on tips to get rid of bad breath