Monsoon advances to Mumbai on schedule 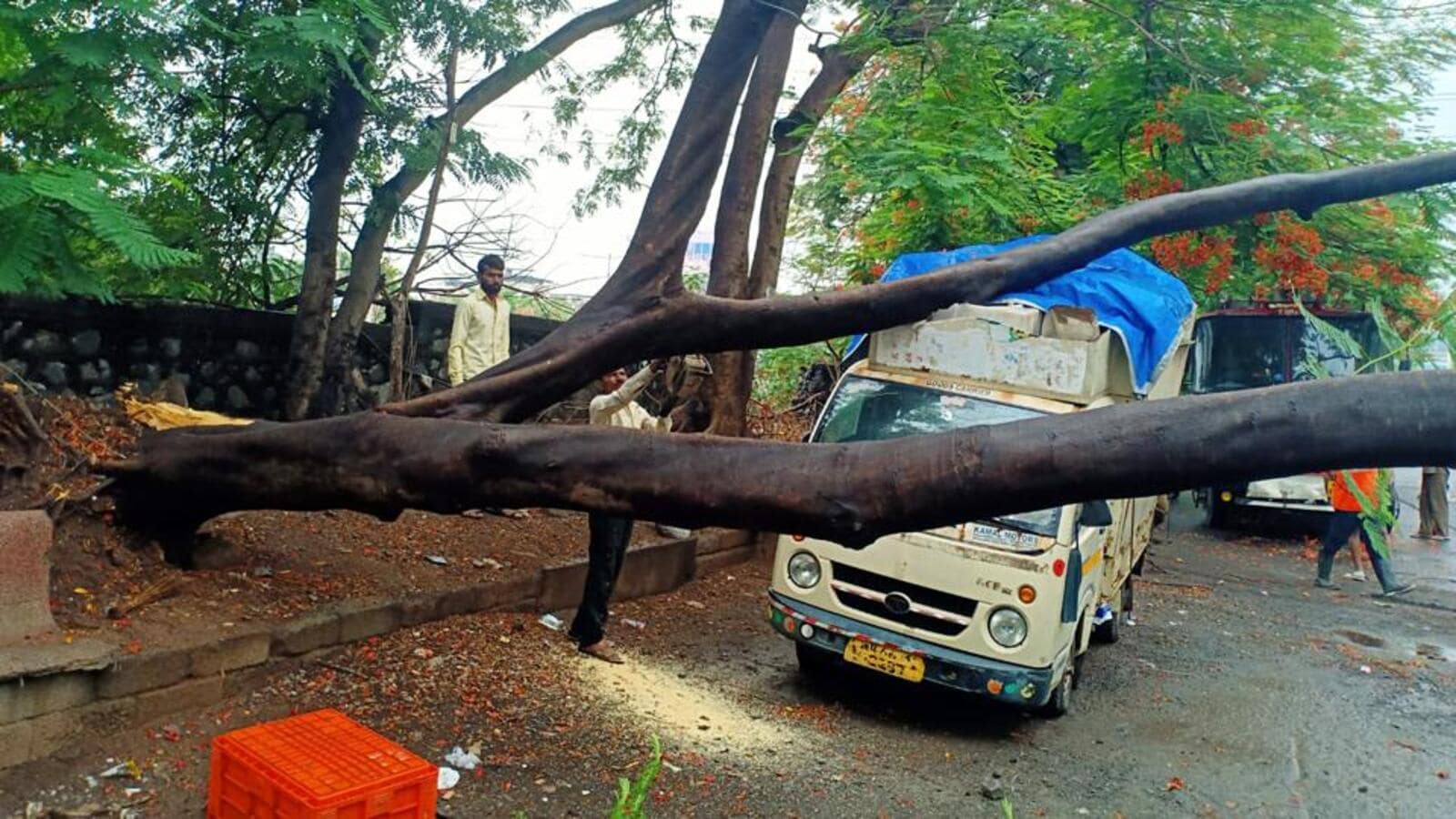 “Southwest Monsoon has further advanced into remaining parts of central Arabian Sea, most parts of Konkan (including Mumbai), some parts of Madhya Maharashtra, and some more parts of Karnataka today (Saturday),” the IMD said in a statement.

RK Jenamani, senior scientist at IMD’s main office in New Delhi, confirmed that the monsoon’s arrival in Mumbai has kept to its usual date of June 11. However, some experts have disputed the IMD’s decision to declare the arrival of the monsoon in the Maharashtra capital.

The IMD’s monitoring station in Santacruz, which is taken as representative of Mumbai and its suburbs, recorded 41.3mm of rain in the 24 hours ending 8.30am on Saturday, as pre-monsoon showers intensified under unstable weather conditions.

The IMD has sounded a yellow category alert for Mumbai on Sunday, indicating high chances of thunderstorms with lightning and gusty winds of around 35kmph at isolated places (as against orange category alert implying moderate to heavy rainfall). Drier conditions are expected from June 15.

IMD officials said that in the next 48 hours, the southwest monsoon is likely to advance further and cover more parts of Maharashtra, all of Tamil Nadu and Karnataka, as well as parts of Gujarat, Madhya Pradesh, Telangana and Andhra Pradesh.

The monsoon had reached Andaman and Nicobar Islands on May 16, a week ahead of its usual date of May 22, but its progress stalled since May 20. Experts and IMD officials had predicted a weak, marginally delayed onset of the monsoon, with wind conditions being unfavorable for its northward progress after arriving in Kerala on May 29. The monsoon arrived in Maharashtra only on June 10, three days after the normal onset date of June 7.

“But wind conditions have changed since then. The progress of the monsoon in the last 24 hours has become rapid, but this is not uncommon,” said KS Hosalikar, head of the IMD’s surface instrument division in Pune. “Westerly and southwesterly winds, which are essential for transporting rain-bearing clouds over the Konkan coast, were very weak. They have picked up speed since Tuesday. There is also an offshore trough, or low pressure area, quite close to Mumbai, which creates a favorable gradient for moisture to travel from over the Arabian Sea, though we are not seeing the typical monsoon surge.”

Despite seeing its most widespread and intense monsoon showers of the season on Friday night, Mumbai is still to overcome its rainfall deficit for the month, which stands at -54.2mm in Santacruz and -47.4mm in Colaba. Officials and experts have said that despite the normal onset, deficit rains are likely till at least June 20.

The monsoon’s arrival will not be robust this time, emphasized Akshay Deoras, an independent meteorologist and PhD candidate at the University of Reading in the United Kingdom, who also expressed scepticism at the IMD’s decision to declare Saturday as the onset date.

Moreover, rainfall activities in Mumbai-MMR are still driven by thunderstorms, which are occurring during late evening hours, another indicator of the pre-monsoon weather regime.

“The offshore trough forms when monsoon winds hit the Western Ghats, creating an elongated low-pressure region off the western coast of India in the lower troposphere. If this trough is active, there will be a lot of cloud cover off the western coast. Satellite images confirm that the offshore trough has formed up to the latitude of south Konkan, so I don’t see any clear indication of the monsoon’s arrival in Mumbai-MMR on 11 June,” Deoras explained.

Meanwhile, in parts of central and northwest India, residents will have to wait another week to get some respite from the high temperatures. Forecasters said that isolated pockets in Punjab, Haryana, Delhi-NCR and Uttar Pradesh will continue to record heatwave conditions but with the advancement of monsoon in other parts, pre-monsoon activities from June 16 will bring down the temperatures.

“Scattered rainfall activity is continuing in parts of northwest and central India but from June 15-16 pre-monsoon spells will intensify and these areas will receive rain and thunderstorm. This will also bring down temperatures,” said Mahesh Palawat, vice-president (meteorology and climate change) at private weather forecaster Skymet.