Thousands of protesters demand action on US gun violence 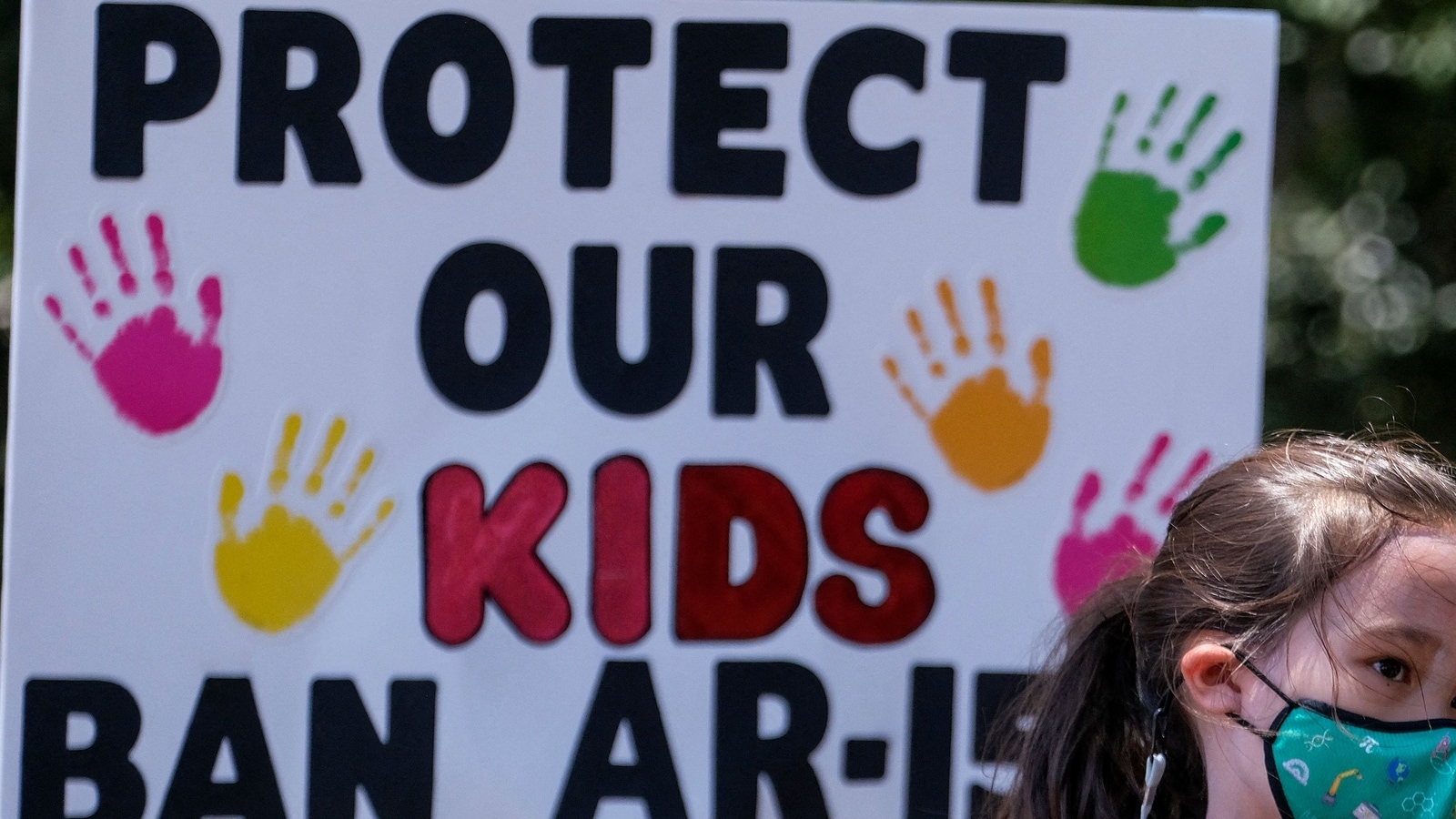 Thousands of people took to the streets in the United States on Saturday to push for action on the devastating gun violence plaguing the country, where Republican politicians have repeatedly blocked efforts to enact stricter firearms laws.

Protesters of all ages streamed onto the National Mall in Washington, where activists placed more than 45,000 white vases holding flowers — one for each person killed by a firearm in the United States in 2020.

“Protect People Not Guns,” said one sign held by a protester near the Washington Monument. “Fear Has No Place In Schools,” read another.

Two horrific shootings last month — one at a Texas elementary school that killed 19 children and two teachers, and another at a New York supermarket that left 10 Black people dead — helped spur the rallies, organized by March For Our Lives.

The student-led organization, founded by survivors of a shooting at a high school in Parkland, Florida, held a rally that drew hundreds of thousands of people to the nation’s capital in March 2018.

Four years later, the demonstration was marked by frustration at the lack of progress.

“We are here to demand justice,” said Garnell Whitfield, whose 86-year-old mother was killed in the racially motivated supermarket shooting in Buffalo, New York on May 14.

“We are here to stand with those who are bold enough to demand sensible gun legislation.”

The problem of gun violence in the United States — which has killed more than 19,300 people so far this year, according to the Gun Violence Archive — goes far beyond high-profile mass killings, with more than half of those deaths due to suicide.

Outside of Washington, hundreds of other demonstrations were planned around the country Saturday, including in Parkland, where protesters carried signs with messages such as “Am I Next?”

Thousands also turned out in New York City. In Brooklyn, white crosses were erected for the children killed in Uvalde and portraits of those killed in Buffalo fastened to shopping carts.

Ease of access to firearms, and mental health problems that can lead to them being used in attacks, have both been in the spotlight in the wake of the May 24 shooting at Robb Elementary School in Uvalde, Texas.

The massacre was carried out by a gunman who bought two assault rifles shortly after turning 18.

Gun control advocates are calling for tighter restrictions or an outright ban on such rifles. But opponents have sought to cast mass shootings as primarily a mental health issue, not a weapons problem.

Gerald Mendes, a physical education teacher in Texas who joined the rally in New York said he supports the US constitutional right to bear arms, but that “as far as AR-15s and weapons of war, we regular citizens don’t need those.”

The majority of Americans support tighter gun laws, but opposition from many Republican lawmakers has long been a hurdle to major changes.

“The will of the American people is being subverted by a minority,” said Cynthia Martins, a 63-year-old resident of the US capital, referring to the Republican Party.

“There’s a reason that we’re still in this situation,” she said.

‘Fear that we live with everyday’

Some lawmakers are trying to pass gun regulations.

The Democrat-controlled House of Representatives passed a broad package of proposals this week that included raising the purchasing age for most semi-automatic rifles from 18 to 21 — but the party does not have the requisite 60 votes to advance it in the Senate.

A cross-party group of senators has also been working on a narrow collection of controls that could develop into the first serious attempt at gun regulation reform in decades.

But it does not include an assault weapons ban or universal background checks, meaning it will fall short of the expectations of President Joe Biden.

Faith Barrett, a teacher who traveled to the rally with her daughter, also a teacher, voiced the frustration shared by many on the Mall.

“We’re still back in the same place,” the 47-year-old said, voicing only “tentative” hope change would come.

Both she and her daughter have plans in place in case of a shooting at their school.

“Most teachers look at every single classroom they go into and think, where am I going to put my kids if something happens,” Barrett said.

The spectre of gun violence also hung over the rally, where police and security forces had a heavy presence.

A moment of silence for the Uvalde victims was shaken by a brief panic when a disturbance near the stage sent people sprinting away in terror.

While the crowd quickly calmed and the man creating the disturbance was detained, with Park Police telling local media no weapons were found, some were left in shock and tears.

Fred Guttenberg, the father of a Parkland victim, took to the podium to ease the crowd.

“Unfortunately somebody decided to show up and put the fear that we live with everyday to life.”