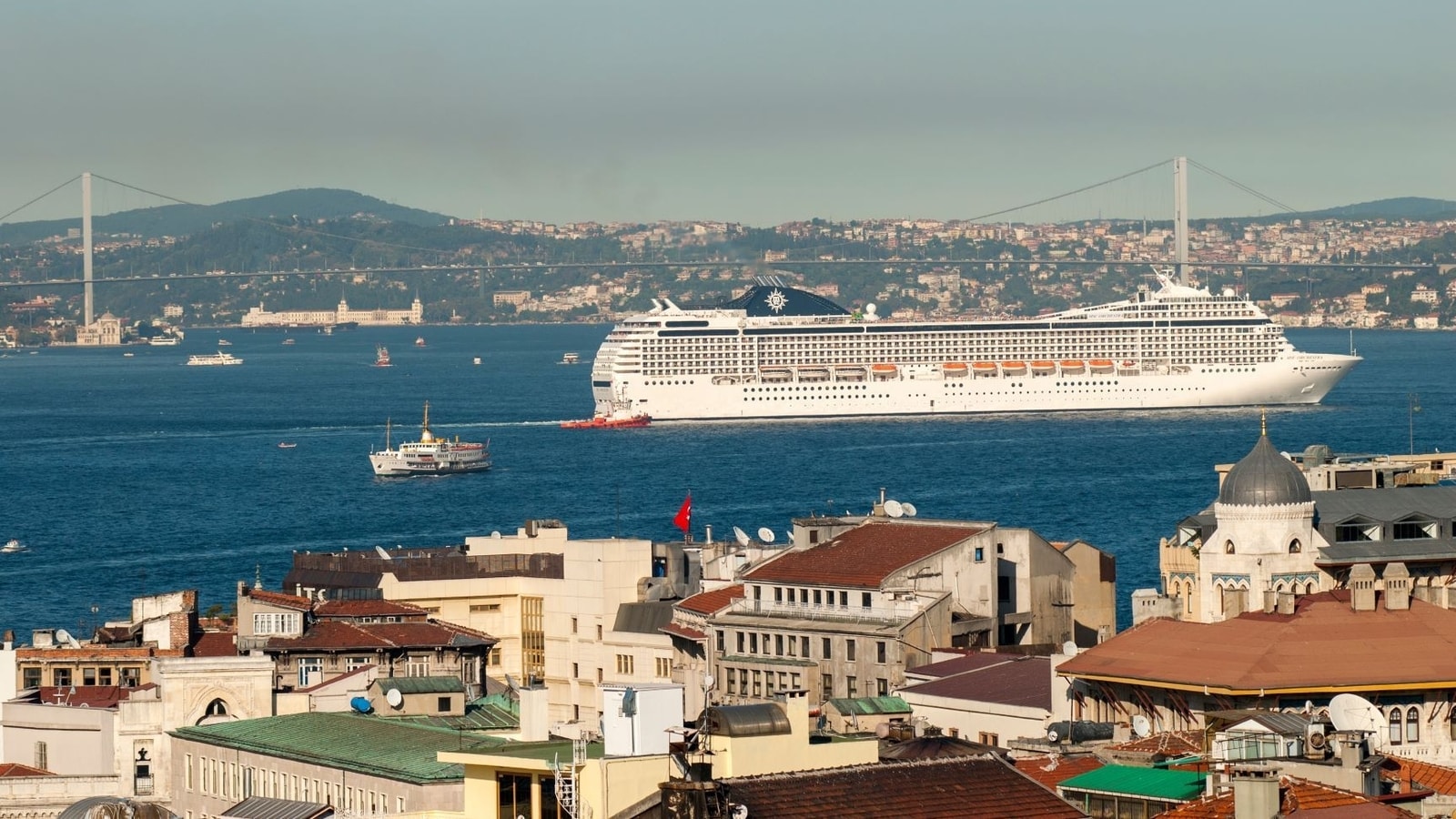 A state-of-the-art port in Istanbul with an underground terminal, a celebrity chef’s restaurant and a shopping centre, welcomes yet another 5,000-passenger cruise ship, bringing more cash to Turkey‘s struggling tourism industry.

Hit hard by Covid, Turkey’s tourism sector could get a shot in the arm from the revenue generated at Galataport, which opened in 2021 — a year later than planned due to the pandemic.

The port could also provide a boost to an economy that has been weighed down by double-digit inflation and a currency in free fall, though the project has drawn criticism over the destruction of historical monuments and the potential environmental impact.

Figen Ayan, chief port officer at Galataport, said “ships began to arrive one after the other” after the facility opened in October.

“Galataport has become the face of tourism,” she told AFP.

The 20-story Costa Venezia vessel from Italy was taking passengers from an 11-day voyage to the Aegean Sea when it docked in Galataport, its gangway connecting directly to the futuristic underground customs terminal.

The port is home to a shopping centre, a hotel, cultural venues and a restaurant owned by Turkish butcher Nusret Gokce, better known as Salt Bae, the social media star who sprinkles salt on steaks in front of celebrity customers.

“Galataport Istanbul is much more than a cruise port,” Ayan said.

Around 30 cruise ships have so far anchored at Galataport and 200 more are expected by the end of the year, which amounts to 450,000 passengers.

The pandemic caused havoc in the global cruise ship industry as vessels were hit by outbreaks and vessels were banned in several countries.

“Now we can say that we have left the pandemic behind and that the cruise sector, which is an important segment of tourism, has revived and is on the move,” Ayan said.

The target is 1.5 million cruise passengers and 25 million visitors annually.

“If a regular tourist spends $62 daily, a cruise passenger spends $400. He spends up to eight times more in one day,” she said.

The project also opened up a 1.2-kilometre (three-quarter-mile) coastline that had been closed to public use for 200 years.

But critics, including some urban planners and architects, say the gentrification of the area destroyed old neighbourhoods, with the shopping centre replacing a historical post office building, and also posed a risk to the environment.

“The environmental cost of cruises is seven times higher than the financial return they provide,” Balci told AFP.

“The consumption level of each traveller is higher than in the host cities, therefore, cruise tourism has the potential to create stress (for the environment) for the regions they visit.”

Large ships were banned from Venice last year after years of warnings that the giant floating hotels risked causing irreparable damage to the lagoon city.

“We don’t think Istanbul will face a similar situation. We don’t have a city structure like Venice,” he told AFP.

“To give a few examples, the exhaust gases from the ships are filtered. The paints used on the ships have been completely changed. Paints that will not harm the sea are used,” he said.

“We even have efforts to reduce the sound of the ships’ engine so that while our ships are navigating in the open seas, they do not cause any disturbance to the living things, especially the whales.”