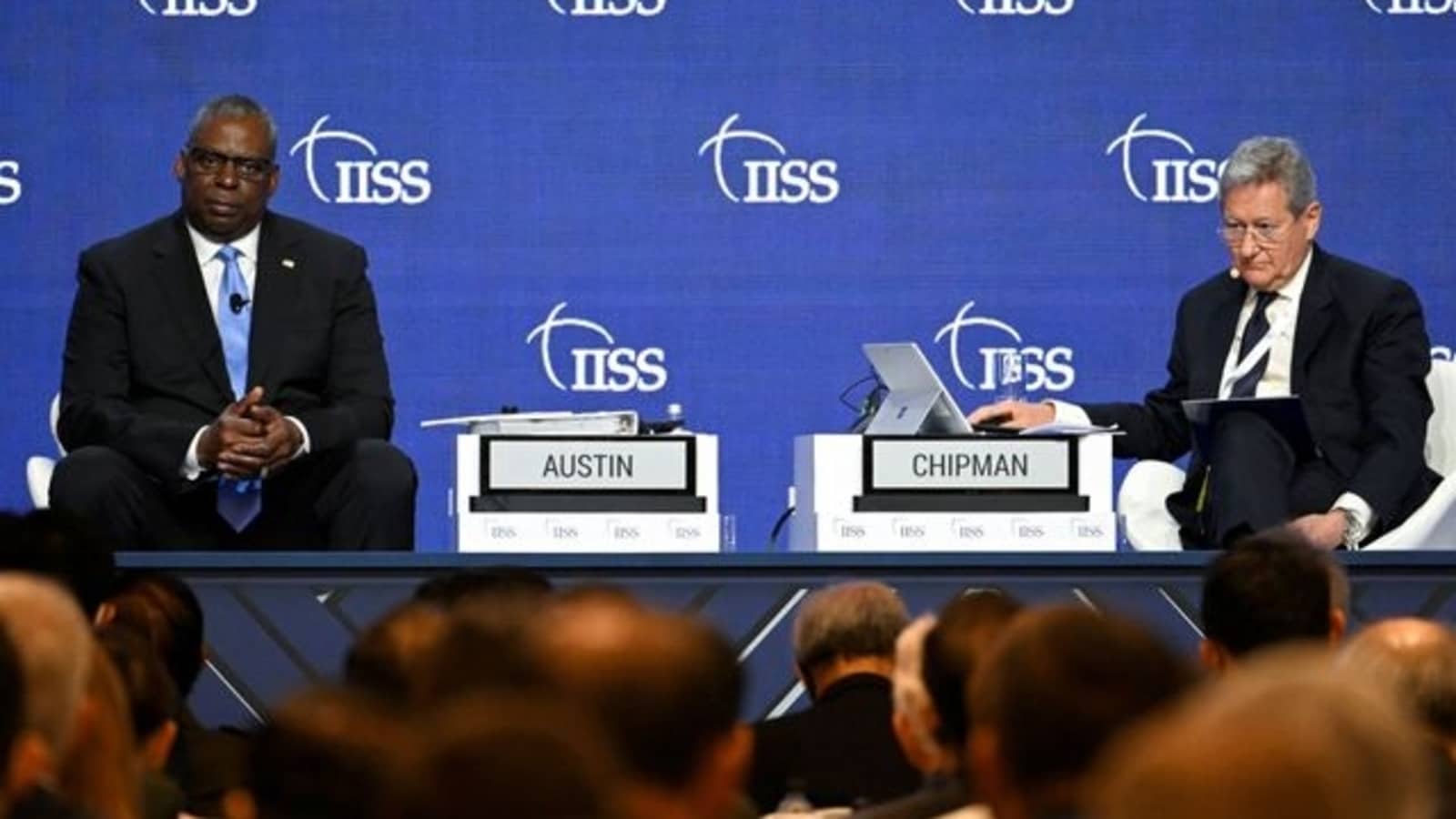 Speaking at the Shangri-La Dialogue in Singapore, Austin noted a “steady increase in provocative and destabilising military activity near Taiwan,” including almost daily military flights near the island by the People’s Republic of China.

“Our policy hasn’t changed, but unfortunately that doesn’t seem to be true for the PRC,” he said.

Austin stressed the “power of partnerships” and said the US’s “unparalleled network of alliances” in the region has only deepened, noting recent efforts undertaken with the Association of Southeast Asian Nations, or Asean; the growing importance of the “Quad” group of the US, India, Japan and Australia; and the trilateral security partnership with Australia and the United Kingdom, known as Aukus.

“We’re also weaving closer ties with other partners. And I’m especially thinking of India, the world’s largest democracy. We believe that its growing military capability and technological prowess can be a stabilising force in the region,” Austin said.

American strategists no longer talk about the “US pivot to Asia,” said Austin while adding that the Indo-Pacific is Washington’s “priority theatre” with more than 300,000 American service members in the region working with allies and partners to ensure the rules-based international order is maintained.

He dismissed Chinese allegations that the US intends to start an “Asian Nato” with its Indo-Pacific outreach.

“Let me be clear, we do not seek confrontation or conflict and we do not seek a new Cold War, an Asian Nato, or a region split into hostile blocs,” he added.

He also said China is continuing to harden its position along the borders with India, stressing that America stands by its friends as they uphold their rights as Beijing adopts the “war coercive” and “aggressive approach” to its territorial claims.

“Further to the West, we see Beijing continuing to harden the position along the borders it shares with India,” he said.

The Indian and Chinese troops have been locked in a tense border standoff in eastern Ladakh since May 5, 2020, when a violent clash between the two sides erupted in the Pangong lake area. “We remain unwavering in our mutual defence commitments,” Austin assured.

Austin said Washington remains committed to the “one-China policy,” which recognises Beijing but allows informal relations and defence ties with Taipei. Taiwan and China split during a civil war in 1949, but China claims the island as its own territory and has not ruled out using military force to take it.

China has stepped up its military provocations against democratic Taiwan in recent years, aimed at intimidating it into accepting Beijing’s demands to unify with the communist mainland.

“We remain focused on maintaining peace, stability and the status quo across the Taiwan Strait,” Austin said in his address. “But the PRC’s moves threaten to undermine security, and stability, and prosperity in the Indo-Pacific.”

He drew a parallel with the Russian invasion of Ukraine, saying that the “indefensible assault on a peaceful neighbour has galvanised the world and… has reminded us all of the dangers of undercutting an international order rooted in rules and respect.”

Austin said that the “rules-based international order matters just as much in the Indo-Pacific as it does in Europe”.

“Russia’s invasion of Ukraine is what happens when oppressors trample the rules that protect us all,” he said.

“It’s what happens when big powers decide that their imperial appetites matter more than the rights of their peaceful neighbours. And it’s a preview of a possible world of chaos and turmoil that none of us would want to live in.”

Austin met on Friday with Chinese defence minister Gen. Wei Fenghe on the sidelines of the conference for discussions where Taiwan featured prominently, according to a senior American defence official, speaking on condition of anonymity to provide details of the private meeting.

Austin made clear at the meeting that while the US does not support Taiwanese independence, it also has major concerns about China’s recent behaviour and suggested that Beijing might be attempting to change the status quo.

Wei, meanwhile, complained to Austin about new American arms sales to Taiwan announced this week, saying it “seriously undermined China’s sovereignty and security interests,” according to a Chinese state-run CCTV report after the meeting.

Chinese defence ministry spokesperson Col. Wu Qian quoted Wei as saying China would respond to any move toward formal Taiwan independence by “smashing it even at any price, including war”.