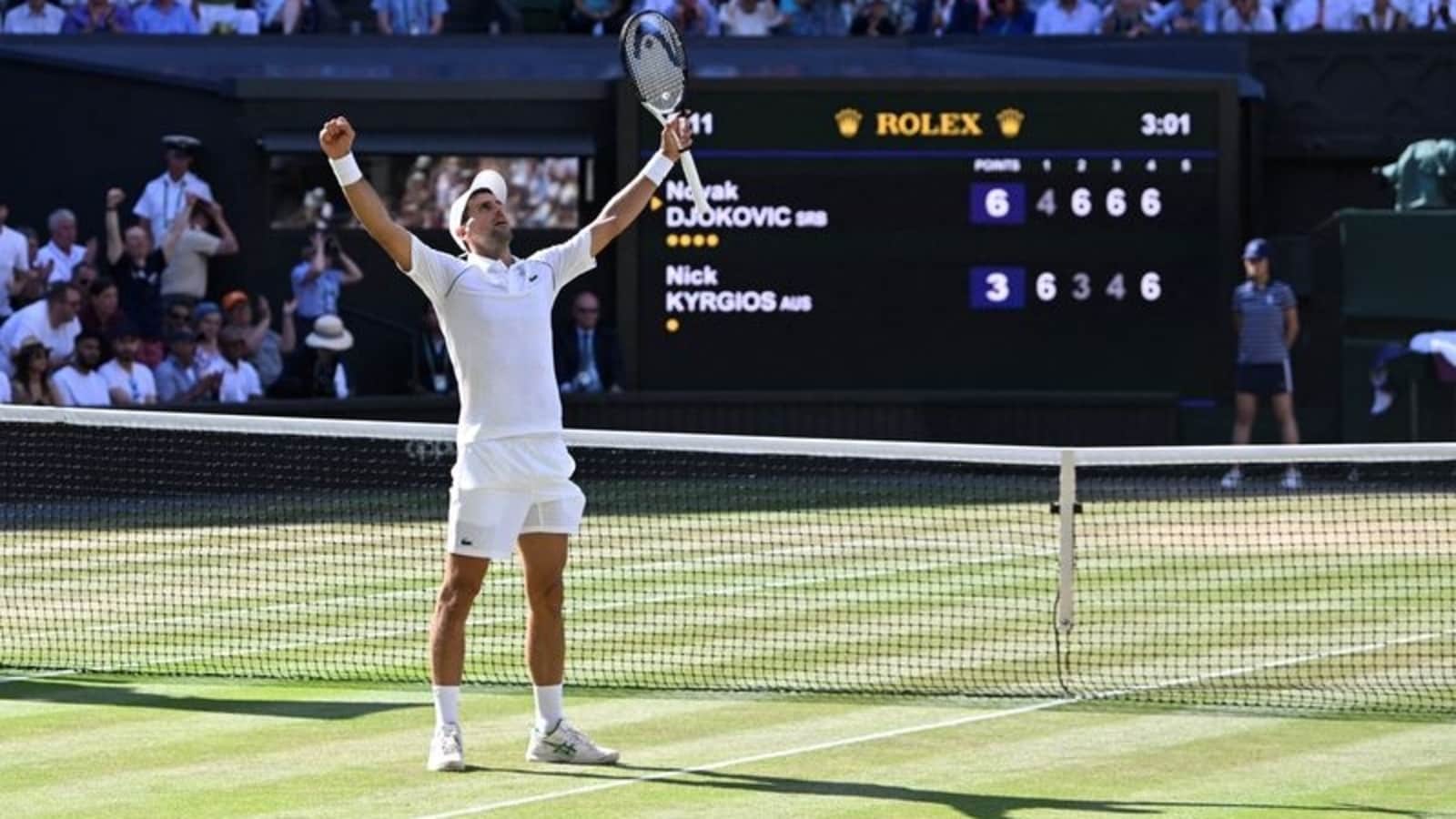 “The internal battle is always the greatest”—Novak Djokovic, 2022 Wimbledon.

You’d think for a man so obsessed about being in control of his inner self—to the extent that he is meticulously picky about what goes inside his body (including a vaccine) and religiously trains his mind to attain Zen-like focus—that internal battle would hardly be one.

However, as this Wimbledon showed, even the greatest have to grapple through it, like Djokovic did en route to holding aloft a fourth straight trophy on Centre Court.

In none of his previous three consecutive Wimbledon triumphs did the Serb lose four sets across the quarter-final, semi-final and final. Djokovic stared at a surrendered opening set in all three of those matches in this edition, and a two-set deficit in the last-eight clash.

In each of those less-than-ideal situations, the composed champion found a way to flatten his opponent’s verve, dig deep himself and emerge a winner.

None more so than against a young Jannik Sinner in the quarter-final. Down 7-5, 6-2, Djokovic took a toilet break where he stood in front of the mirror for a pep talk. Accepting that the spark of Sinner wasn’t fading away soon, Djokovic—as he would reveal later—knew he had to lift his own level and “reassemble everything that you have to come at your opponent with the best possible game”. Djokovic came out breaking Sinner’s serve to love in the fourth game of the third set, never to allow the 20-year-old Italian back into the contest again.

It was different in his four-set semi-final. Djokovic was cold and tight to get going, Cameron Norrie making the most of it by breezing through the first set. The former world No. 1 patiently waited for things to get going from his end and—like it so often does with players facing these greats in best-of-five Slam matches— fall apart at the other.

“In the practice sessions where you don’t have the crowds or expectations, you play great. Then you come to the match and you realise it’s amazing how the whole game can fall apart just because you feel you’re tense. No shots are really working properly, your feet are static and slow,” Djokovic said. “Then something happens in a match, and all of a sudden it’s completely different and you’re flying. Everything flows.”

Similar to what happened in the final. Nick Kyrgios was playing great. Djokovic wasn’t playing too bad either. But the tussle wasn’t going as per the Serb’s tempo and game style in the opening set. Unlike Sinner and Norrie, Kyrgios was less likely to disintegrate—not in his game, at least. It compelled Djokovic to summon his experience not just mentally but also tactically, tightening up and bossing more from the baseline and keeping the Australian there for longer periods from thereon. “From the baseline, I didn’t miss much in those three sets (after the first). It was part of the strategy playing somebody who is as talented and flashy as Nick,” Djokovic said after the final.

Djokovic has won three of his last four Grand Slam finals after losing the first set. The Wimbledon quarter-final victory was his seventh from two sets down, three of the most recent coming in the last year and a half alone. It tells a tale of his increased starting stumbles but is also an enviable stat of the Serb’s resoluteness. Even for the 21-time Grand Slam winner, however, that isn’t a given when he finds himself behind the eight ball. “Even though I’ve played tennis on the big stage for 20 years now, I go through the same doubtful moments as anybody else,” Djokovic said.

Apart from the doubtful moments on court, Djokovic has had to wade through turbulence—to quote his mindset description—off it. The Australian Open vaccine exemption-detention-deportation saga caused immense “distraction and pressure” on him. Humans are accustomed to seeing Djokovic-like superhumans dust it off and carry on winning tennis tournaments as a matter of routine, but it didn’t quite pan out that way for the Serb after the Aussie misadventure, even though he felt his game was there.

“I just wasn’t at a good place. I wanted to play, but when I went out on court, in Dubai which was my first tournament of the year, I felt so much pressure and emotions. I wasn’t feeling myself on the court. I realised at that point that it’s going to take some time,” Djokovic said in his post-final press conference. “Once I left Australia, I left it behind me. I was ready to move on. But it wasn’t that easy to close that chapter.”

As of today, the US borders are also closed for the unvaccinated Djokovic, which means he is likely to have played his last Slam of the season. But Djokovic, parked between the other two Big Three members in the Slam count, is in no hurry.

“I don’t feel I’m in a rush, really, anywhere to end my career in a year’s time or two or whatever it is,” he said. “I want to keep my body healthy… and of course, keep myself mentally sane and motivated to compete with the young guns.”