Govt to scale up entrepreneurship courses for Agniveers 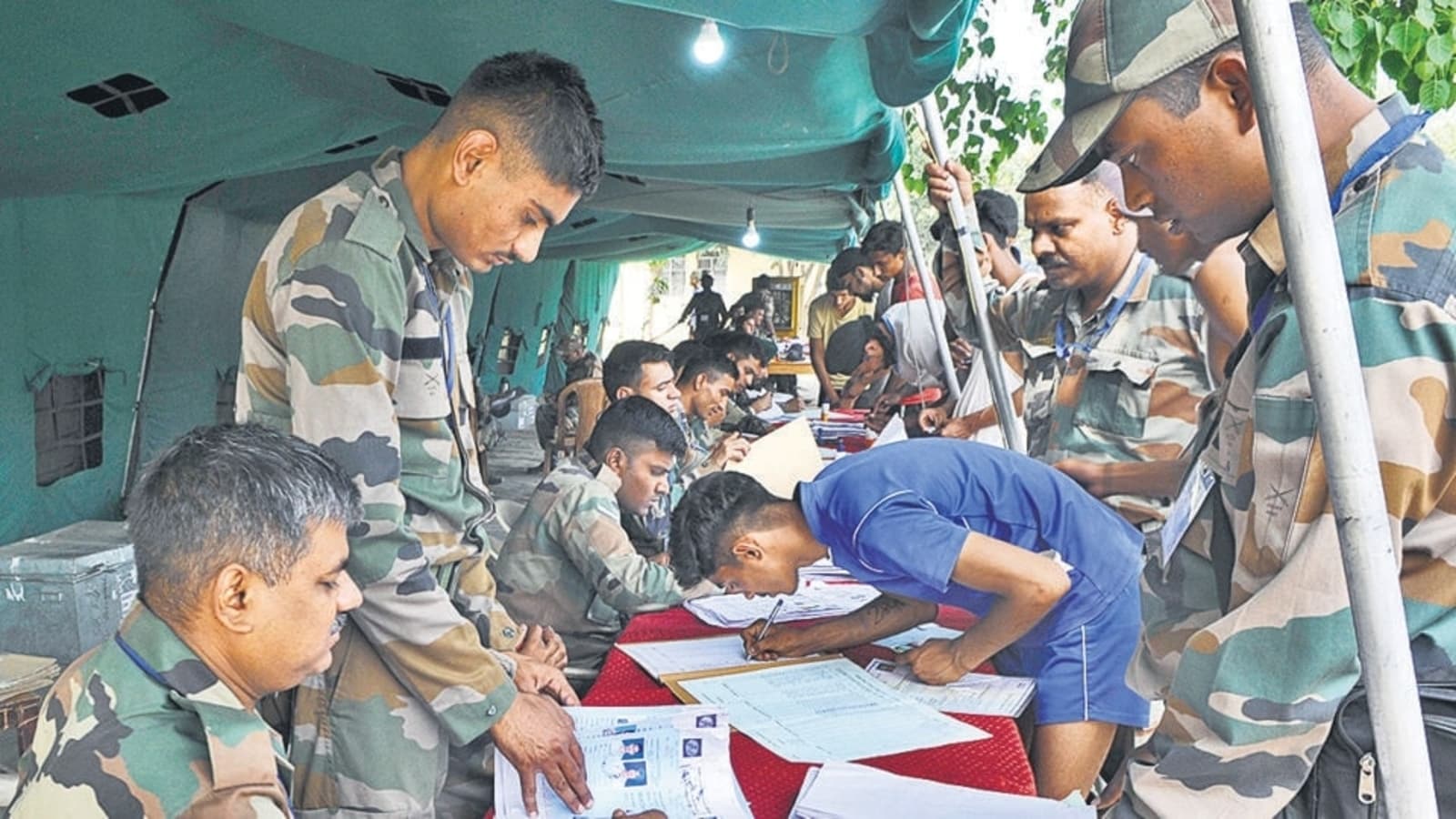 The ministry of skill development and entrepreneurship is planning to start nearly 22 programmes to accommodate the new recruits who will join the military services under the Agnipath scheme, which was recently launched by the government amid widespread protests, officials familiar with the matter said.

The aim of the programmes will be to help develop bankable business plans for the recruits who will exit the army after four years of service, providing them with alternative job opportunities. The government plans to induct nearly 46,000 men and women into the forces between the ages of 17.5 years to 23 years in the coming months.

The programmes, which originally started in 2016-17, will be taught across 21 centres in the country. “The programmes were paused during the pandemic,” an official said on the condition of anonymity. “So far, we were able to conduct only three or four courses in a year, but this time there will be nearly 22 courses.”

The official added that under the entrepreneurship courses, designed by ex-servicemen themselves, nearly 400 people had already been trained. “Some have started coaching centres and schools, while others have found jobs in the security sector. The modules are designed to be dynamic and provide skilling to ensure better opportunities,” the official said.

This year the ministry is looking to train nearly 1,000 ex-servicemen, most of whom are in their early 40s. The modules are nearly eight to twelve weeks long and are being taught at centres in Dehradun and Noida. These include training as retail team leaders, entrepreneurship development and even web development.

The National Institute for Entrepreneurship and Small Business Development (NIESBUD), an organization skill development ministry, will be engaged in training, consultancy, and research in order to promote “entrepreneurship and Skill Development will work collaboratively with the Armed Forces to inculcate entrepreneurial competencies among the Agniveers”. “The institute is associated with the Ministry of Defense, through the Directorate General Resettlement (DGR), which assists Ex-Servicemen to train and acquire additional skills and facilitate their resettlement through a second career. Under the initiative the institute organizes Entrepreneurship Development Programme and Entrepreneurship cum Skill Development Programme for retired/ retiring Armed Forces personnel to enhance their qualifications/skills so as to enable them to start their enterprises and seek suitable employment after their retirement,” a second official said. “The programmes conducted by NIESBUD for participants under DGR have shown promising outcomes and the initiative has been appreciated by the Ministry of Defense.”

The second official added that the programme will emphasize upon entrepreneurial motivation, realization of owns strengths and weaknesses through behavioral exercises in order to assess and develop entrepreneurial characteristics, identification of feasible business opportunity, conducting market survey, government support ecosystem, preparation of business plan, procedure and formalities for bank finance, marketing and finance, and the basics of enterprise management. “At the end of the program, participants will be assisted to prepare bankable business plans,” the official said.

Violent protests against the new recruitment scheme for the armed forces spread from Bihar to Gwalior in Madhya Pradesh, as well as parts of Haryana, Uttar Pradesh, Rajasthan and even in the national capital Delhi.

The ‘Agnipath’ scheme was announced by defence minister Rajnath Singh and the three service chiefs. Under this scheme armed forces recruits, between the ages of 17.5 years and 23 years, can serve for a four-year-period followed by compulsory retirement for 75 per cent — in most cases without gratuity and pension benefits.

The new scheme has met with agitations from armed forces aspirants across the country, with opposition leaders like Rahul Gandhi, Akhilesh Yadav and Arvind Kejriwal all speaking out against it.

The government, though, has defended the new scheme, saying it was introduced after extensive consultations with serving armed forces officials over two years.

IGNOU launches its flagship MAJMC programme in Hindi and Tamil