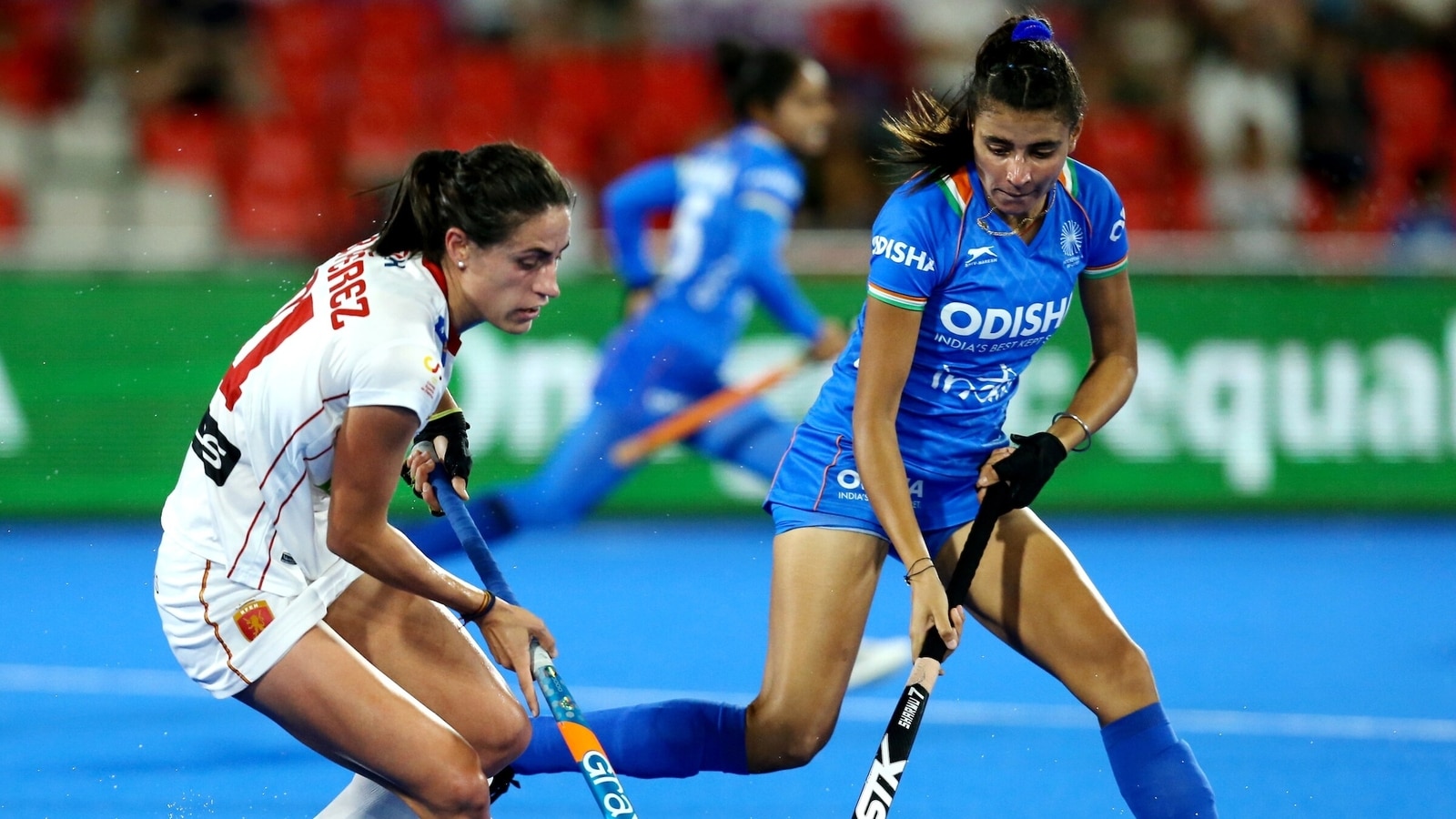 Played 4, won 0, drew 2, lost 2 – exit from the FIH Women’s World Cup in the crossovers. This is the India team’s report card after losing 0-1 to hosts Spain in Terrassa late on Sunday. Bronze at the Pro League and Asia Cup, preparation against the best in the world and a chance to build on their fourth-place finish in the Olympics—the bubble burst after India failed to win a game, exiting before the quarter-finals. Spain made it and face twice winners Australia.

India played well in patches but didn’t deliver when it mattered before Spain’s Marta Segu scored in the 57th minute. Despite world No 5 Spain losing the ball regularly, they had more shots on goal—14 to India’s 6. It made the difference as Segu converted off a rebound. India didn’t receive any card but failed to cash in on the three (two green, one yellow) Spain were shown, especially in the final three minutes when the hosts were two players down.

India’s defence, which didn’t give world No 4 England a single penalty corner (PC) in the opener, faltered after that, conceding two PCs against China, five against New Zealand and three versus Spain. Punia was a rock in the goal, even saving three successive PC’s, but didn’t get the backing of full-backs Deep Grace Ekka, Gurjit Kaur, Nikki Pradhan and Udita.

“The game changes when the opposition scores, putting pressure on the defenders. They then think they should not make more mistakes… It is psychological. You have to release that pressure. It demoralises defenders when a goal is scored and that is what happened. We failed to clear balls which became dangerous,” former India skipper Pritam Rani Siwach said from Sonepat.

Chief coach Janneke Schopman will look at the missed opportunities—during PCs and after penetrating the striking circle. India earned an incredible 31 PC’s in the four matches, converting three. They scored just two field goals. “That says a lot. You need to be dominant and strong in the circle. If you’re not, conversion goes down,” former India chief coach Sjoerd Marijne, who guided them to fourth in the Tokyo Olympics, said from Amsterdam.

Main drag-flicker Gurjit, who scored most goals in the Asia Cup and Pro League, struck just once in the World Cup. Though powerful, her flicks lacked accuracy.

“Not being successful in PCs hit us hard. It was perhaps the most important factor. Seeing it from a coach’s perspective, direct flicks were not working as two rushers were heading towards her. In that case indirect variations should have been used,” said Siwach, whose wards Neha, Sharmila Devi, Nisha and Jyoti are in the squad.

Schopman’s only target had been to make her team play consistently, but it didn’t. Salima Tete and Sharmila Devi showed bursts of speed to run through the field but these were in patches.

The change of venue also perhaps affected India. They had played the group matches in Amstelveen where it was much cooler, around 20 degrees Celsius. They had to travel 1,500km to play the crossover at Terrassa, which was 15 degrees hotter. “Also, the pitch in Terrassa is very different to the one in Amstelveen. It is much slower and bumpier, reducing the speed of the game,” said Marijne. India face Canada late on Monday for the 9-16 position playoffs.