Outflow from four K’taka reservoirs increases due to heavy rains 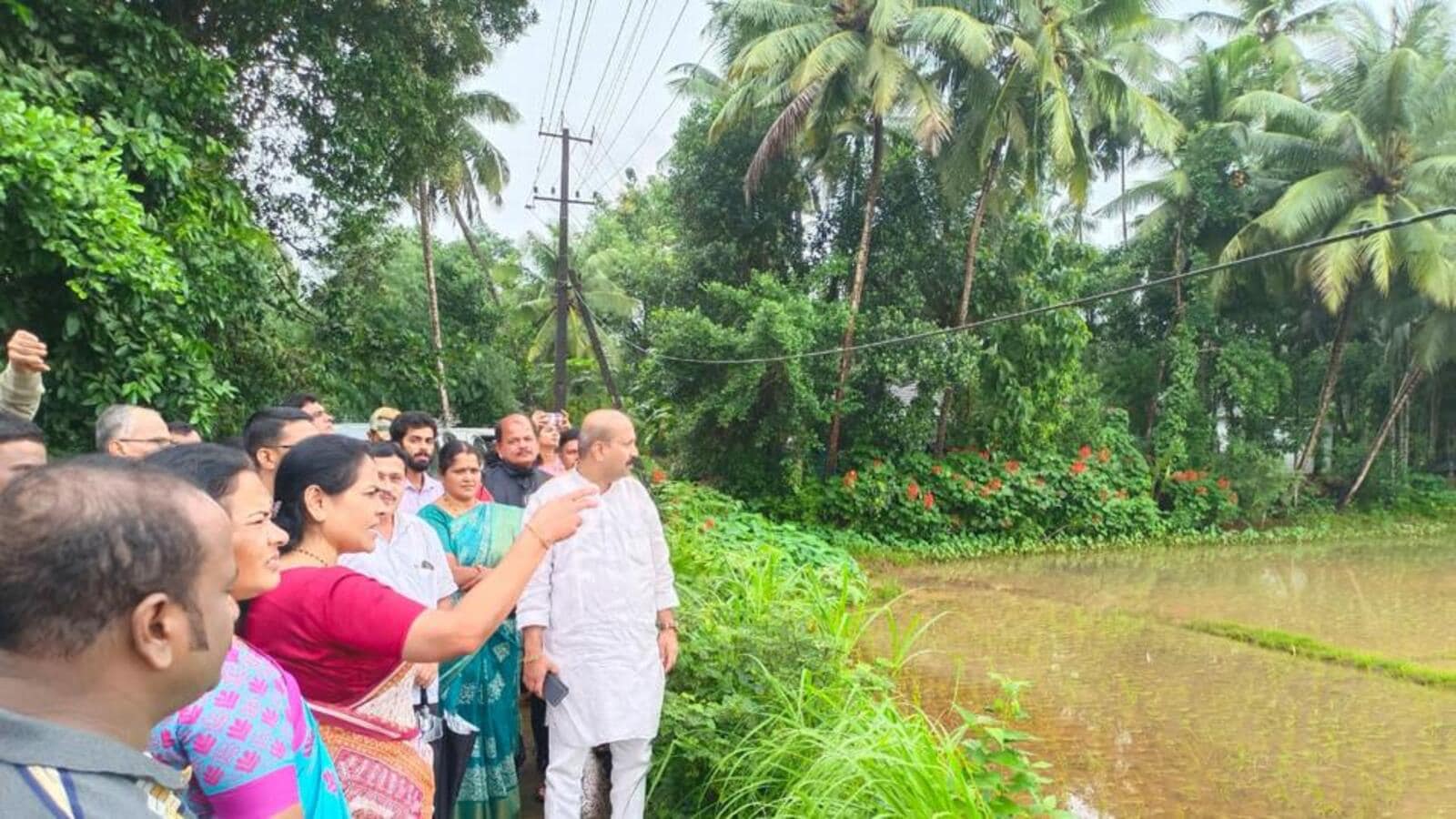 Owing to the continuos downpour in coastal parts of Karnataka, the water flow from at least four reservoirs has increased over the past few days. The outflow from Harangi reservoir in flood-affected Kodagu has increased from 15,600 cusecs to 21,186 cusecs between July 7 to 11. The outflow in the reservoir has been higher than the inflow for the past five days.

The officials of Kodagu district administration are preparing to evacuate the villages near the reservoirs if the water outflow continues to be high, persons in the know of the development said on Monday.

“The water outflow is high to maintain the water levels at the reservoir. Because of this, some roads and minor bridges have been submerged. There are orders from the government to evacuate people from locations where heavy flooding and landslides were reported. Some villages around Harangi were flooded in the previous years. Our officials posted are keeping a close watch on the situation,” said an official in the know of the matter, who did not wish to be named.

Even at the KRS dam in Mysuru, the shutters were opened with an outflow of 50,573 cusecs, which is higher than inflow of 50,467. A comparison of the water flow at the reservoirs shows that there has been a drastic increase in the release of water from major reservoirs in the state. On July 7, the outflow from the KRS was mere 3,576 cusecs, however, it increased to 50,573 in the past five days.

Hemavathi reservoir reported an outflow of 250 cusecs on July 7, and the same was 17,575 cusecs on 11 July. Similar increase in the water level was reported in Kabini and Harangi reservoirs as well.

India Meteorological Department (IMD) officials said that as per the latest reports, three districts in Karnataka continue to report more than 100% increase in the rain compared to normal levels. On Monday, Dakshina Kannada district reported 86.7 mm rain which is more than double of 41.2 mm, the normal rainfall during this season. Similarly, Uttara Kannada and Udupi reported 63.4 mm and 98.1 mm of rain respectively.

The highest rainfall was reported in Subramanya (Dakshina Kannada) with 159.8 mm of rain, followed by Castle Rock (Uttara Kannada) which reported 152.4 mm of rain. Four other measuring centres — Kollur, Kota, Basagod and Mudubidre — recorded over 100 mm of rainfall.

“Active monsoon conditions are prevailing. Apart from that, there is a weather system in the Bay of Bengal. Because of this, winds along the west coast are very strong. We are reporting winds of around 80 km per hour speed. Such weather patterns are expected to lead to heavy rains. We predict that these strong winds will continue for another five days,” said director of IMD Bengaluru Geeta Agnihotri.

Meanwhile, landslides have been reported in four main sections of the roads that connect the coastal region to the plains of Karnataka. Traffic on Agumbe ghat, a national highway that connects Shivamogga with Udupi, has been completely stalled following a landslide.

Deputy commissioner of Udupi, Kurma Rao M shared the government order declaring a holiday for schools in the district on Twitter. Rao also shared the order banning heavy vehicular movement on the national highway 169A after the landslide in Agumbe Ghat on Sunday.

“Here is the order issued to restrict heavy vehicular traffic due to landslide at Agumbe Ghati, on turn 11 of National Highway 169A. Vehicles will be diverted through an alternative route,” he posted on Twitter.

As vehicular movement is prohibited on Agumbe ghat, motorists are plying by two alternative routes. In order to reach Udupi, Karkala and Hebri, commuters have to travel covering Theerthahalli,Eduru Mastikatte,Hulikal ghat,Hosangadi,Siddapura,Halady route. From Sringeri, commuters can use the Nemmar Kerekatte-S K Border-Malaghat route to reach Udupi and Karkala.

A hill collapsed over the Shiradi Ghat stretch that lies on NH 75 and Sampaje Ghat on Mani-Mysuru NH 275, and a tree was uprooted on Villupura-Mangaluru NH 73 Charmadi ghat which is an alternative route to Shiradi Ghat.

A wall collapsed near Monnangeri of Madikeri on the Madikeri-Mangaluru national highway. A tree was uprooted on the eighth bend of Charmadi Ghat on Sunday morning and traffic was affected for one hour.

She said, “The amount of rain was less at the beginning of the monsoon this year in the coastal districts. However, for the past 10 days, rains more than usual have been lashing the twin districts. Due to this, huge amount of damage and destruction has taken place.”

“ A permanent retaining wall is required to prevent sea erosion in the coastal region. However, due to the Coastal Regulation Zone(CRZ) and other issues, the same is getting delayed,” said Karandlaje.

“In Udupi, damage worth ₹30 crore has been reported. I have already spoken to the chief minister and revenue minister to release the grants. They have promised to release the same in phases,” she said.

“It is not possible to assess the extent of damage to crops now. Only after the water level recedes, a survey will be done. I have instructed to grant relief as soon as possible,” she added.