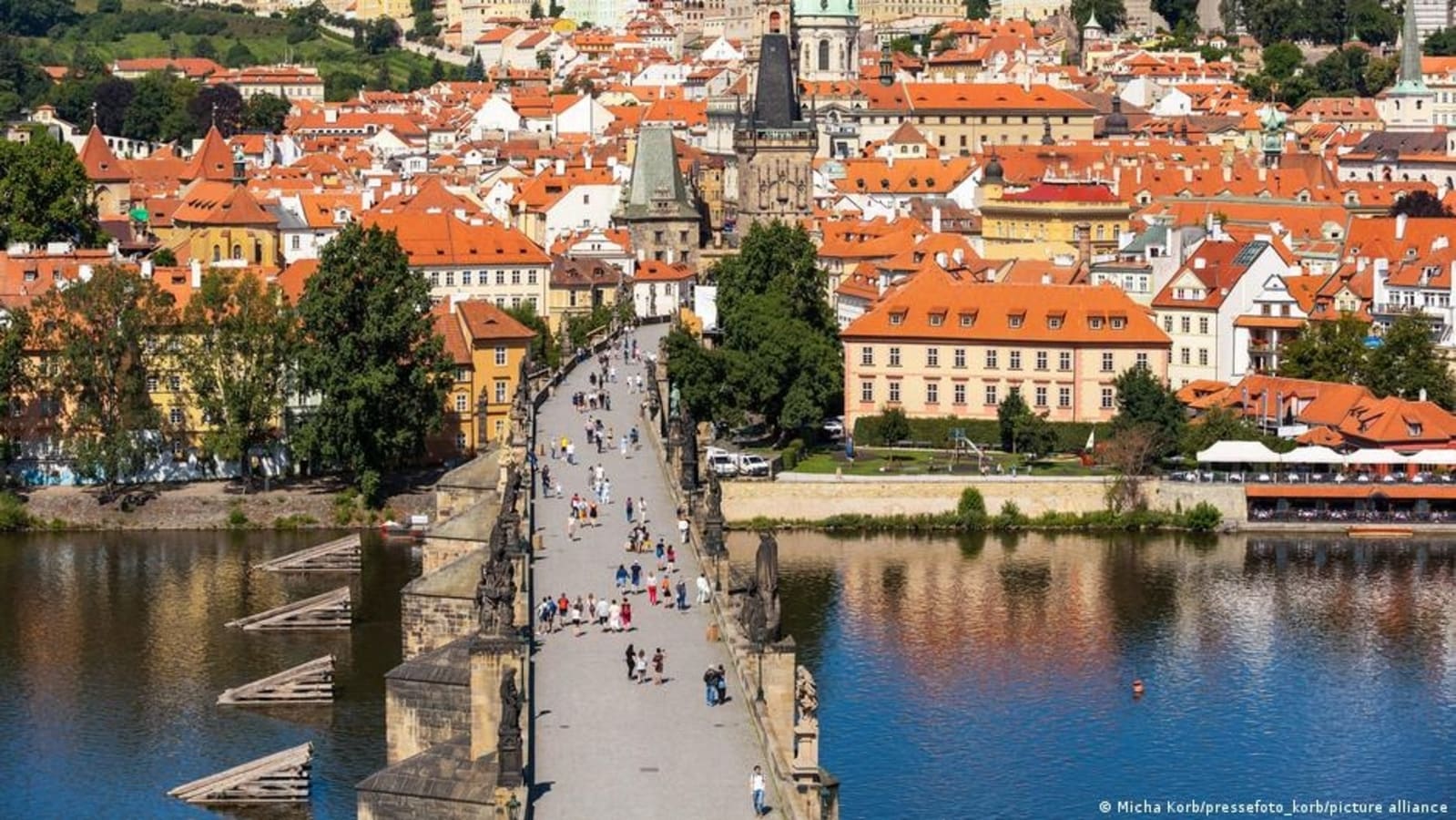 On a hot Thursday afternoon, passengers flood onto the metro train at Malostranska. The station on Prague’s green line has been all but dead for the last couple of years. There’s little in the vicinity save for the castle, a popular tourist site. But the crowds on the platform, generously equipped with maps, baseball caps and backpacks, suggest tourism may finally be bouncing back this summer in the capital of the Czech Republic.

According to data from the Czech Statistical Office (CSO), the country hosted 2.8 million visitors in the first quarter of 2022, a sharp rise compared with the mere 280,000 visitors recorded last year.

That has raised optimism that the vital tourism industry is on its way to recovering from the “deep economic losses” suffered over the past two years, says Klara Mala of Prague City Tourism. “People are ready to travel again. We can see more and more tourists in the streets of Prague,” she adds. (Also Read | India should allocate funds to develop high-end tourism, focus on hosting global business events: Report)

However, digging into the data, it’s clear that there’s still a ways to go until a full recovery can be claimed.

The number of tourists travelling to Prague between January to March of 2022 were less than half than the same period in 2019, with foreign tourists remaining particularly scarce.

Germany, which has been the largest source of tourists traveling to the Czech capital in recent years, saw just 234,290 people cross the border, compared with 407,558 people in the first three months of 2019. Other neighbours such as Poland and Slovakia, also major sources of Prague-loving tourists, saw similar declines.

Patrick Pechac of Lucy Tours is clearly relieved that Prague is “starting to feel quite full.” For the last two years, he’s been living off of his savings and the meagre earnings the family business was able to scrape together by giving virtual tours.

But he says that the ongoing pandemic continues to weigh on the numbers, with “tourists from China, India and other Asian countries still missing.”

Some are expected to return as restrictions fade, but political issues are likely to cap the number of Chinese tourists. A sharp deterioration in diplomatic relations between Beijing and Prague in recent years has wiped out tours and flight connections.

War as a major challenge

The war in Ukraine is another obstacle. Over 130,000 Russians visited in January-March 2019, but they’re no longer able to get visas or flights.

Tour operator Pechac says the flow of visitors from the US is also being affected by the conflict.

“American clients tell us friends and family worry that they’re travelling to a war zone,” he reports. “They see the Czech Republic and Ukraine as part of the same ‘Eastern European’ region. “

But even those that are ready to brave the dangers of Prague — which are far more likely to be an inflated restaurant bill or taxi price than a Russian tank — are not finding it as easy as it used to be.

On top of surging fuel prices, a pandemic-provoked reduction in the number of flights carrying visitors to Prague’s Vaclav Havel International Airport isn’t helping to lower the cost of getting to the Czech capital.

But tourism, which drove 2.9% of GDP before the pandemic, is too important for the Czech economy to simply let things lie.

Prague City Tourism teamed up with Czech Tourism and the Prague Airport to try to attract tourists from other countries.

The Middle East is highlighted as a potential market, alongside “selected” European countries and Israel. Prague Airport will particularly target the US as it seeks to revive flight capacity.

Prague Airport’s Director of Aviation, Jaroslav Filip, insists that the development of direct and long-haul routes will be pursued in the coming years.

But the city is aware that too many visitors can be problem as well. Close to 8 million guests arrived in Prague in 2019, expanding worries that over-tourism was creating a housing crisis, damaging the fabric of the Gothic and renaissance city, and blighting the lives of locals with pub crawls.

City authorities are determined to use the COVID-19 crisis as an opportunity to change course.

“The pandemic proved to be a temporary solution to over-tourism,” Mala says. “It gave us time to prepare a strategy to revive tourism in a more sustainable way by attracting more visitors that seek culture and quality gastronomy and services and by directing flows outside the congested city centre.”

Patrick Pechac’s of Lucy Tours has more straightforward ambitions. “We hope to see tourism back to full speed next year,” he says, “as long as the war ends and COVID becomes just another version of the flu. “

Sawan Somwar 2022 calendar: All you need to know about the fasting dates of the Shravan Somwars

Sawan Somwar 2022 fasting rules: Dos and don’ts, rituals, all you want to know

Recipe: Brush aside mid-week blues with this raspberry and dark chocolate mousse