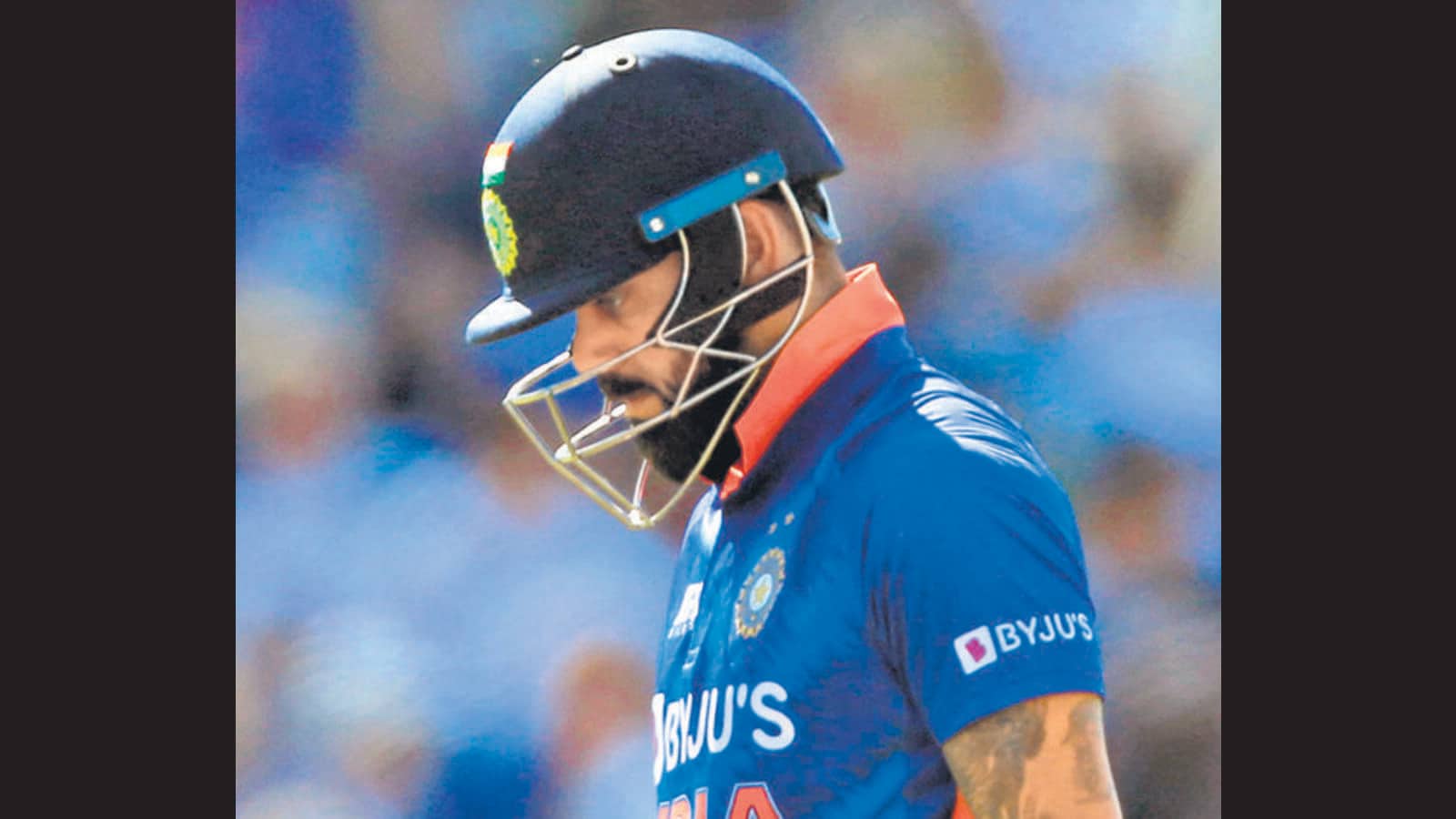 Virat Kohli has dominated the world of cricket like few other players ever could, particularly the limited-overs formats, but the former Indian cricket captain is now at a crossroads as he desperately plays catch-up with a cricketing world that’s passing him by. And the hitherto unthinkable is now a legitimate question: Should Virat Kohli, in his current form, be part of Team India?

Indeed if Kohli, the captain, was asked in his heydey if he would pick this version of Kohli, the player, the answer may have well been in the negative. Captain Kohli believed firmly in a “horses for courses” policy; he dropped players despite good performances in the previous game because he felt the pitch or the conditions wouldn’t suit them in the next one. This, after all, is the rule he, and India’s cricketing establishment applied to a man considered my many to be the best spin bowler in the world right nor, Ravichandran Ashwin.

So, where would a brutally honest assessment leave Kohli now?

It isn’t that Kohli is not trying; fitness isn’t an issue; and neither is the hunger. But he looks like a batter trying to find form in the middle of the pitch in international cricket. The touch that once saw him march towards every batting record in the game has deserted him, and the more he struggles, the deeper he sinks into the quicksand. As the Barmy Army said last week in a tweet: “Bairstow has scored more runs in the last 25 days than Kohli has in the last 18 months.”

In the fifth Test against England, for instance, Kohli played a delivery back onto his stumps, unable to get his bat out of way in time because he approached it with a hesitancy that has recently crept into his game. During the Test series in South Africa, he kept edging wideish deliveries to the slips — a flaw he seemed to have ironed out of his game previously. And as Kohli himself spoke about after his 100th Test, he has got a string of dismissals in the 30s and 40s — starts that would’ve been converted to big runs in the past.

So it would, perhaps, help both him and Team India that he moves away for a bit, takes a “strategic time-out” if you will, and plays without the pressure playing for India brings with it.

The calls that Kohli be dropped are starting to get louder. Last week, former India skipper Kapil Dev said that with youngsters in form, the 33-year-old doesn’t walk into the team like he did before. Former India pacer and bowling coach Venkatesh Prasad added to the argument when he tweeted: ‘There was a time when you were out of form, you would be dropped irrespective of reputation.” And Virender Sehwag entered the conversation in an uncharacteristically cryptic way: “India has so many batsmen who can get going from the start, some of them are unfortunately sitting out. Need to find a way to play the best available players in current form in T20 cricket.”

Rohit Sharma defended Kohli ahead of Tuesday’s first ODI at the Oval.

“Form upar neeche hota hai, player ka quality kabhi kharab nahi hota hai (Form will go up and down but a player’s quality will never go bad),” said Sharma when asked if Kohli still deserved a place in India’s T20I side. “We should always keep this in mind that there is a quality in certain players, and we as a team back that quality.” He went on to stress: “We know the importance of Virat Kohli.”

Sharma, the skipper, has long said that he wants his players to “not be afraid to take extra risk” while batting. But is he being afraid take the same risk when it comes to Kohli? An honest assessment would tell him that there are plenty of other options, and going back to find his mojo would only fuel Kohli’s hunger to get back stronger to the biggest stage. For, this isn’t the Kohli the world knew, and this isn’t the Kohli India needs.