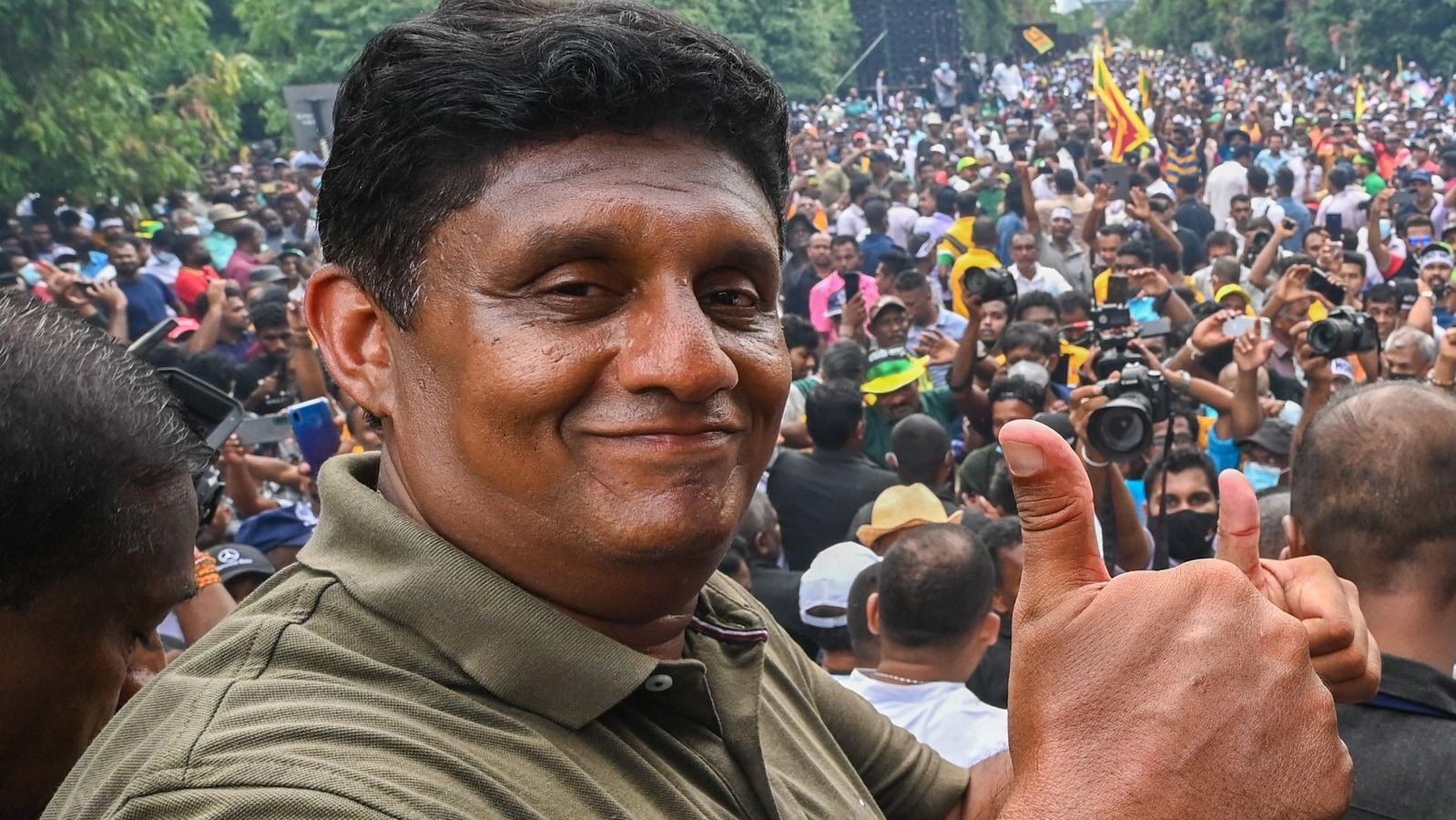 SJB said that the party secretary Ranjith Madduma Bandara submitted the proposal and it was seconded by party chairman Field Marshal Sarath Fonseka at the parliamentary group held this afternoon, reported Newswire.

SJB has nearly 50 MPs in Parliament and to win a Parliament vote they need the support of 113 MPs.

Meanwhile, opposition leader Sajith Premadasa said that he is ready to protect the motherland and build the country’s economy, reported News 1st.

In a statement to the media, Sajith Premadasa said that the opposition is ready to lead the program of stabilizing the country and building the country’s economy.

The opposition leader said that there is no alternative solution other than the appointment of the government led by a new President and the Prime Minister.

Sri Lankan party leaders have decided to elect a new President on July 20 through a vote in Parliament in accordance with the provisions of the Constitution, Speaker Mahinda Yapa Abeywardhane said today.

He said it was decided to convene Parliament this Friday (15) and inform the House that there is a vacancy for the Presidency according to the provisions of the Constitution, reported Daily Mirror.

“Nominations for the presidency will be called for on July 19 and a vote will be taken on July 20 to elect a new President,” he said.

The leaders also decided to form an all-party government under the new President and take steps to continue the supply of essential services.

The development comes after thousands of people stormed into the President’s House in Fort on Saturday. The dramatic visuals came from PM’s official residence where they were seen playing carrom board, sleeping on the sofa, enjoying in park premises and preparing food for dinner.

President Gotabaya Rajapaksa and Prime Minister Ranil Wickremesinghe both announced to step down from their positions after intensified protests by Sri Lankan commoners.