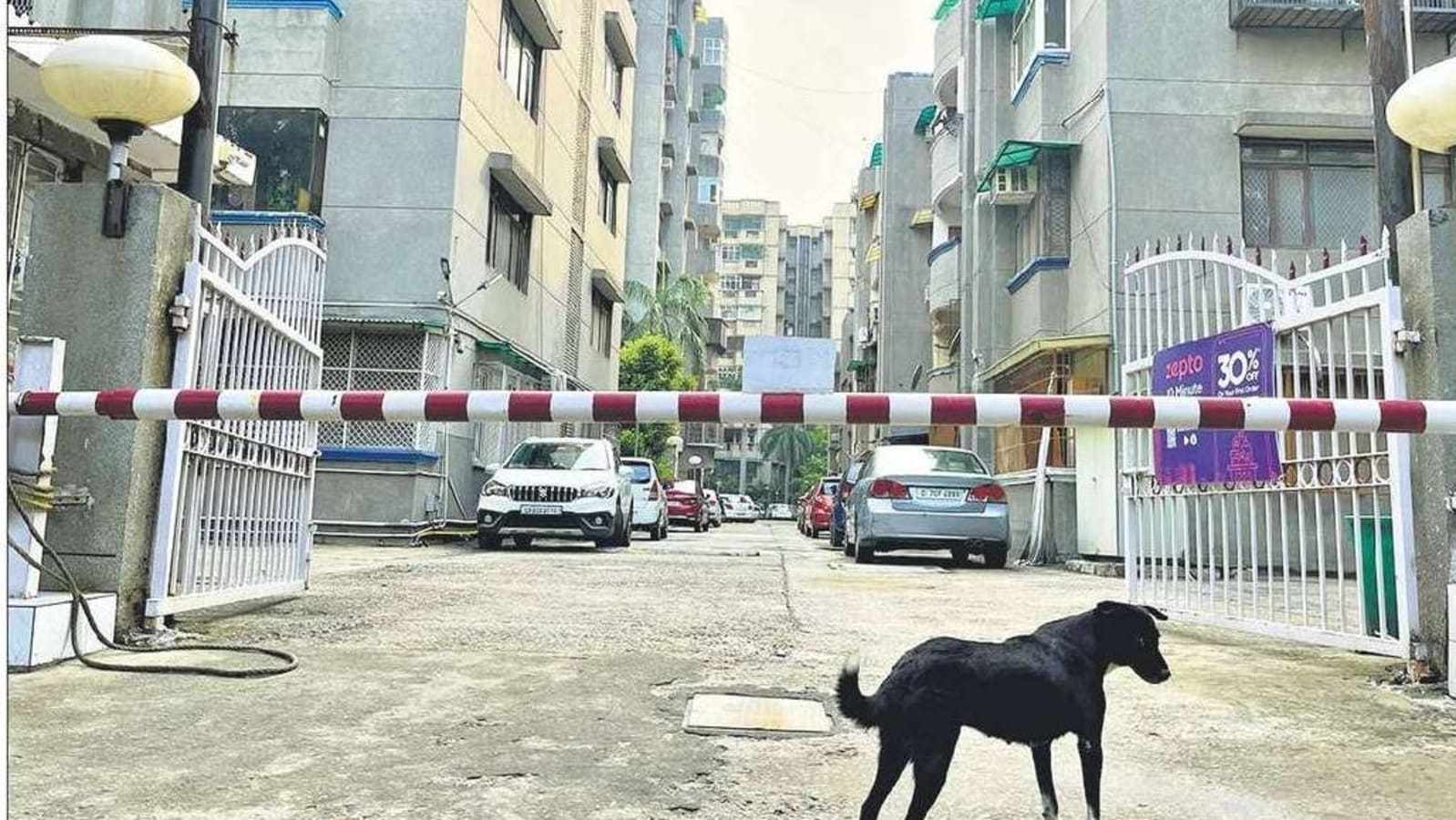 He is looking at a face. The face is looking back at him. Does he realise it is his own reflection in the rain puddle?

Sona cannot be called a street dog because there is no real street here. This is a suburb. The roads are wide and straight, with little to no traffic, no crowds, no hidden lanes, and hardly any street life. These roads are merely passages to access the multi-storied apartment complexes lined up along them, here at Vasundhara in Ghaziabad. Each of the vertical blocks of concrete is like an autonomous principality, with high walls patrolled by uniformed guards.

The black dog lives alone in this seemingly impersonal world, but certainly isn’t left alone to fend for himself. He is taken care of by the citizens of the Vasundhara Valley Apartments. With 118 flats, the housing society was among the first residential blocks to come up in the area, at the turn of the century.

Sona’s daily meals come from the flats, says Ram Avtar, the guard at the gate. “He only consumes doodh, and doesn’t touch roti or bread.” To be sure, Sona is never encouraged to enter the residential complex. He remains by the gate, frequently snuggling under the guard’s chair for quick naps. The dog surfaced about a year ago, informs Ram Avtar. “We do not know his background.”

This intolerably humid afternoon, Sona is trotting along the pave, busy with himself, much like an only child learning to be their own sibling. He prefers to stay alone, and rarely barks, according to Ram Avtar. Currently, Sona’s face is showing utmost serenity as he gazes at the empty road to his left. He returns to the water puddle, again silently gazing at his reflection.

Now a woman emerges out of the gate. She instinctively bends down to pat the dog, wondering aloud if the mattress she left for him during the last winter is still usable. She mumbles that she will soon arrange a replacement.

Meanwhile, Sona slips away from the woman, and noses through the bushes by the roadside, as if looking for something. Minutes later, he slips under the guard’s chair, with eyes half-lidded.